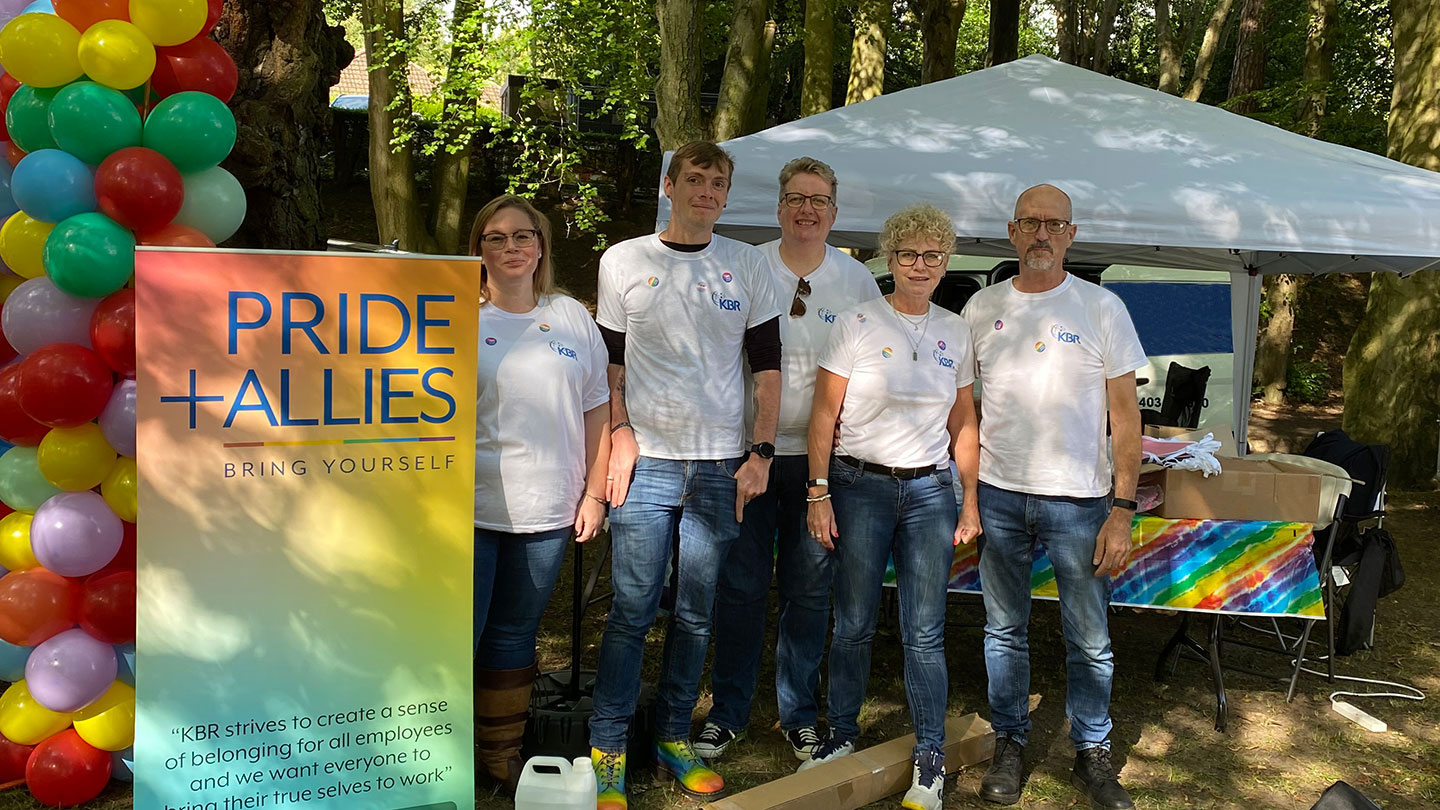 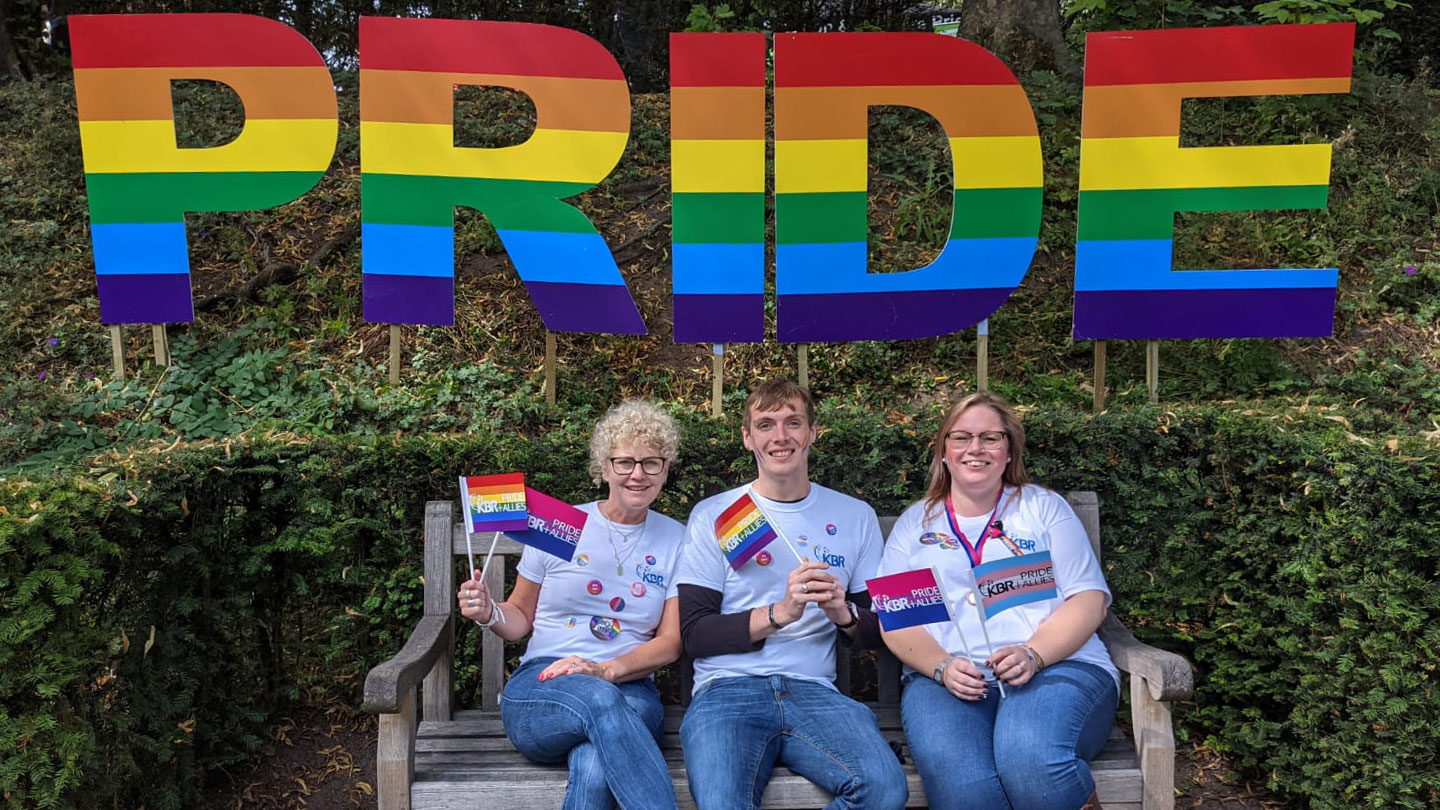 Last month marked a significant milestone for one of KBR’s newest Employee Resource Groups (ERGs), Pride and Allies, who attended their first LGBTQ+ event as a sponsor of Swindon & Wiltshire Pride in the UK.

The event, first held in 2008, has been attended by over 100,000 people since it began and is a cornerstone of LGBTQ+ events within Southwest England.

Located at Swindon Town Gardens, KBRs exhibition space was supported by all Pride & Allies board members, as well as colleagues from KBRs Swindon based National Service Hub, part of our Government Solutions Integrator project. Friends and partners supported throughout the day and it proved to be a great opportunity to promote KBRs outlook of striving to create a sense of belonging, encouraging all employees to bring their true selves to work. The team were overwhelmed with the amount of positive support received from the 10,000 attendees throughout the day.

Launched in 2020, Pride & Allies are committed to supporting the One KBR ethos by promoting the safe and positive culture at KBR around all aspects of Inclusion and Diversity. In particular they help enhance perceptions, attitudes and support for the LGBTQIA+ community and its supporters, while reducing any societal stigma it faces. Since launching they have made great strides towards further equality, including the latest initiative of including pronouns in email signatures.

Penny Voget, Pride and Allies Chair, said “Representing KBR at Swindon & Wiltshire Pride gave me and the team a huge sense of satisfaction. KBR becoming visible to the public as a proud supporter of the LGBTQ+ community, for the first time ever, was a big moment for all of us there. We laid the foundation to achieving our intention of putting KBR into the public space as a company with diversity at its core.”

The Pride & Allies board worked tirelessly to prepare for the event and are thrilled with the positive outcome and history made. The ERG hopes to attend future Pride events across the country with the collaboration of our offices throughout the UK and will continue supporting KBR’s vision of an equal and accepting workforce.