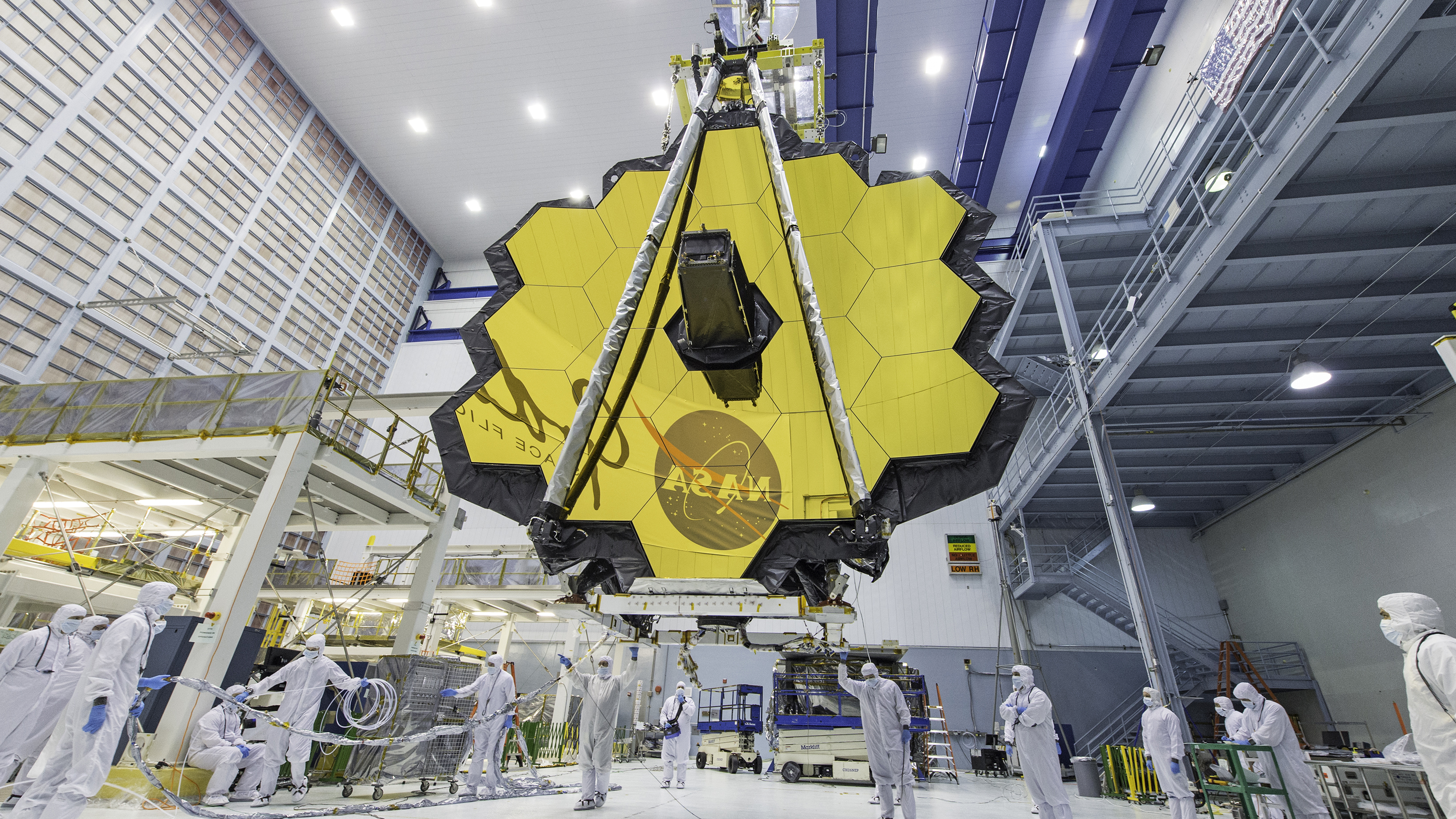 KBR is no novice when it comes to participating in humanity’s most complex and ambitious space missions. Throughout the past century, experts at KBR have trained nearly every astronaut and addressed NASA’s most pressing challenges. Let’s look back at just a few of KBR's mission-critical efforts from the past year.

KBR employees have been part of the development, integration, and testing of NASA’s historic James Webb Space Telescope from the start. The three-story-tall telescope is designed to capture images of infrared light, which is invisible to the naked eye. Because of this, Webb will be the first telescope to allow humans to see the first galaxies that formed billions of years ago. Between the complex mechanical and electrical engineering required for the hands-on launch operations and commissioning activities, KBR sets the bar high when it comes to mission solutions.

Each telescope instrument faced critical rounds of vibration qualification testing. Most importantly, the engineers had to prove Webb would be able to survive not only launch, but also work at its extremely cold operating temperatures of less than -380 degrees Fahrenheit. Leading up to Webb’s launch in late December 2021, KBR engineers were on the ground to ensure the telescope’s hardware flight integrity transferred from Maryland to Texas, then California, and on to its final launch site in Kourou, French Guiana.

KBR continued to aid NASA during Webb’s historic lift off and its record-setting spacecraft deployment while it traveled to its intended destination. To this day, the dedicated telescope team heavily monitors its every move. Now, KBR scientists wait to receive – and analyze – the incredible data that will give humanity insights on the first galaxies to form after the Big Bang.

In September 2021, a suite of important human health research projects launched into space as part of SpaceX’s Inspiration4 mission, with the world’s first all-civilian private crew to orbit Earth. Inspiration 4 offered a unique opportunity to study the human body’s responses in the earliest phase of microgravity exposure using the latest technologies and without real-time guidance from Earth.

A key KBR contribution was an important part of the advanced research package selected by the Translational Research Institute for Space Health (TRISH), a virtual institute working in partnership with the NASA Human Research Program. KBR scientists Ashot Sargsyan, MD, Douglas Ebert, Ph.D., and Kadambari Suri, M.S., designed and conducted an imaging-based investigation using a miniaturized handheld ultrasound device known as the Butterfly iQ+. In tandem with a smartphone, this study allowed collecting quality ultrasonic images from blood vessels and organs to better understand some of the known risks to health in space.

Among the many effects on the human body, the absence of gravity changes the distribution of blood and other fluids, sometimes also affecting blood flow. Ultrasound has long been NASA’s preferred medical and research modality for tracking those changes and assuring continued protection of the health of astronauts and will likely be relied upon in future deep space exploration missions to Mars. Leveraging instructions developed by KBR, the Inspiration4 crew used the ultra-portable imaging device to independently harvest unique information about their neck veins, eyes, and urinary system in the very early days of space flight.

In addition to human physiology data, KBR’s study is also testing the effectiveness and limitations of the simple mobile application and artificial intelligence technology featured by the Butterfly iQ+. Additionally, KBR is researching just-in-time instruction solutions devised by the investigator team, all of which are critical considerations for attaining medical self-sufficiency of future exploration mission crews.

On February 18, 2021, NASA’s largest and most advanced rover ever, Perseverance, landed in the giant crater Jezero on Mars. Set to spend one full Mars year searching for signs of ancient life on the planet – almost 700 Earth days — Perseverance is still on the move and going strong.

Between the design, coding, and testing of the RPS, to the documentation and delivery of multiple disparate software packages and systems that integrate with each other, many of the applications Cohen contributed to directly helped to ensure the success of the mission.

She also assisted in the communications between the various teams and tools, implementing application programming interfaces (APIs) and processes that the Rover teams currently use. Tamar has been on-call since the moment Perseverance landed supporting the rover planning teams as needed.

KBR will continue to support the human desire to explore, both in body and mind: the Moon, Mars, the universe, and commercial space missions, to name a few. There is no limit to the possibilities, and no denying the opportunities that await.

From Apollo to Artemis, we are making waves on the way – tag along to join us.