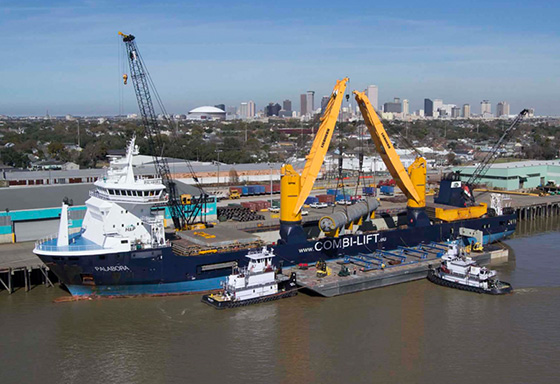 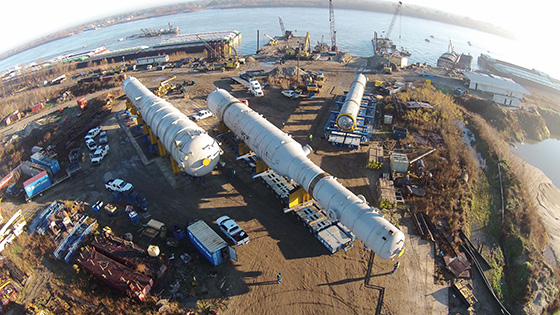 From almost any perspective, the new Dyno Nobel ammonia plant currently under construction in Waggaman, Louisiana is a ground-breaking project. It is one of the first onshore ammonia plants built in the United States in the past 20 years, and one of the first built in Louisiana in a quarter century. The Dyno Nobel project is also the first to use an integrated KBR solution of KBR's Purifier™ ammonia technology, engineering, construction and procurement (EPC). Additionally, the project is the first EPC lump sum ammonia project executed by KBR in the United States in three decades.

"This is definitely a showcase project not only for Dyno Nobel and its parent company Incitec Pivot Limited, but also for KBR's ammonia plant technology and EPC services," said Charles Humphrey, KBR Downstream Project Director, who is overseeing construction of the $600 million project. "KBR has revolutionized the industry by pioneering the advancement of ammonia technology, and we continue to lead the way."

On January 12th, the plant's 815-metric-ton ammonia converter, designed by KBR, arrived in the Port of New Orleans from India. The journey from ship to jobsite was multi-faceted and required precise logistics, several modes of transport and the assistance of the Louisiana State Police. The ship-to-barge lift was the heaviest project cargo lift in the port's long history. The converter was rolled off the barge at a secure area along the Mississippi River, staged and then transported 25 miles to the jobsite by special Goldhofer trailers.

Slated for mechanical completion in March 2016, the Dyno Nobel project is meeting and exceeding its schedule and budget milestones. More importantly, with KBR's commitment to Zero Harm, the project is reaching these milestones without incident. More than two million man hours have been executed to date with no lost time incidents. KBR will also be providing pre-commissioning, commissioning and start-up for the plant when it goes online next year.

Material for the plant was sourced from vendors around the globe by KBR's procurement and logistics team in Houston, which spent nine months planning and executing the project. KBR booked a dedicated ship to move the 30,000 freight tons of heavy mechanical equipment from India to New Orleans, a voyage that took around 35 days. It was all in a day's work for KBR Procurement, which has procured nearly $38 billion in equipment, materials and subcontracts since 2007 and transported more than 20 million tons of freight to KBR projects around the world.

As a cornerstone in the ammonia industry for more than 60 years, KBR's plants are recognized around the world for delivering safe, low-cost, reliable performance. In all, KBR has been involved in the licensing, design, engineering and/or construction of more than 230 ammonia facilities.

The success thus far of the Dyno Nobel project is generating more success. KBR was recently awarded an EPC contract with Yara International and BASF Group's joint production company to provide an integrated technology and EPC ammonia solution at BASF's site in Freeport, Texas. The world-scale plant will produce about 750,000 metric tons per year of ammonia, further solidifying KBR's leading presence in the United States and reinforcing our capabilities in the ammonia market.