KBR Proudly Continued Its Sponsorship of the 38th Annual Army Ten-Miler, Back in Person at the U.S. Pentagon 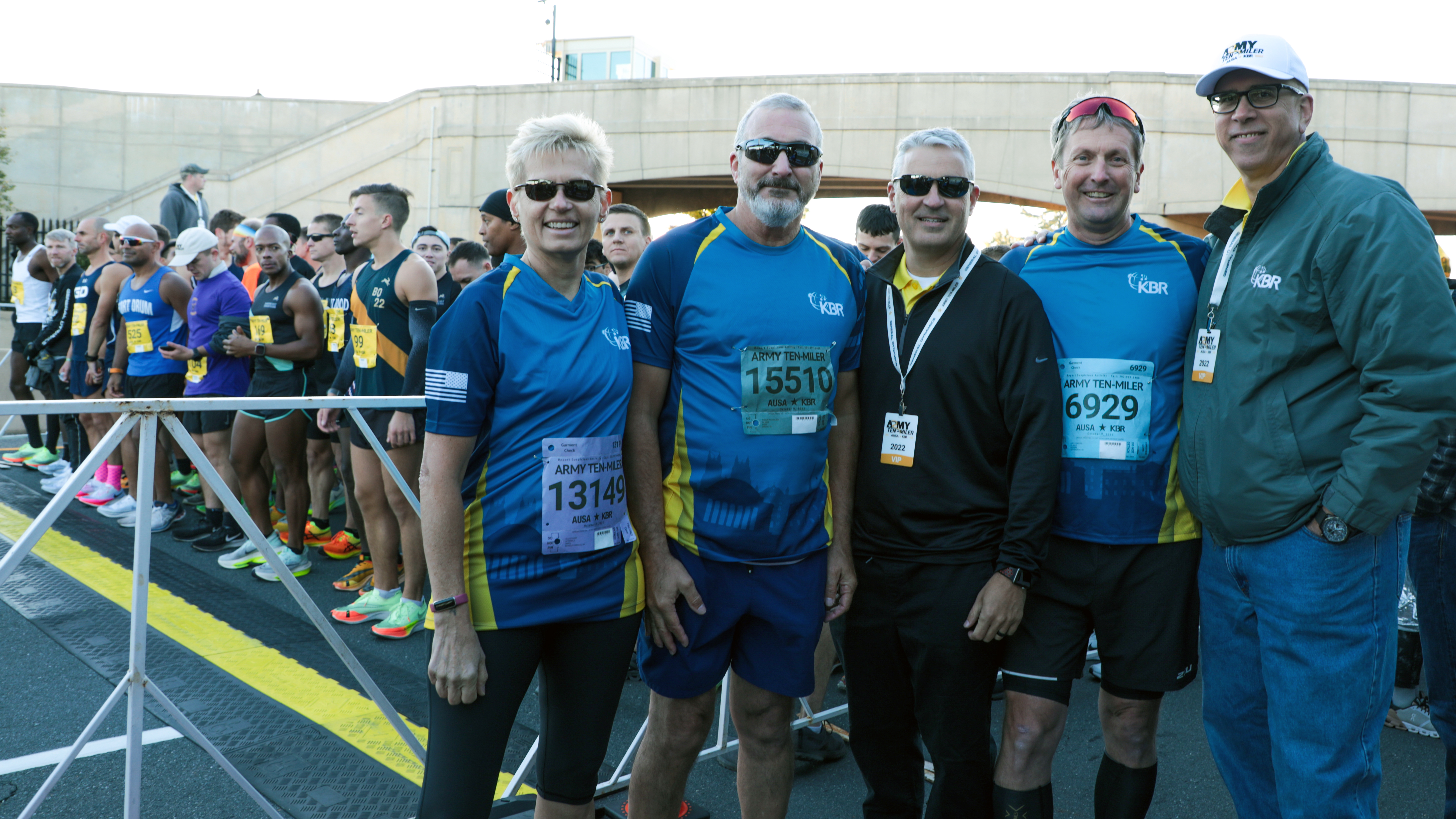 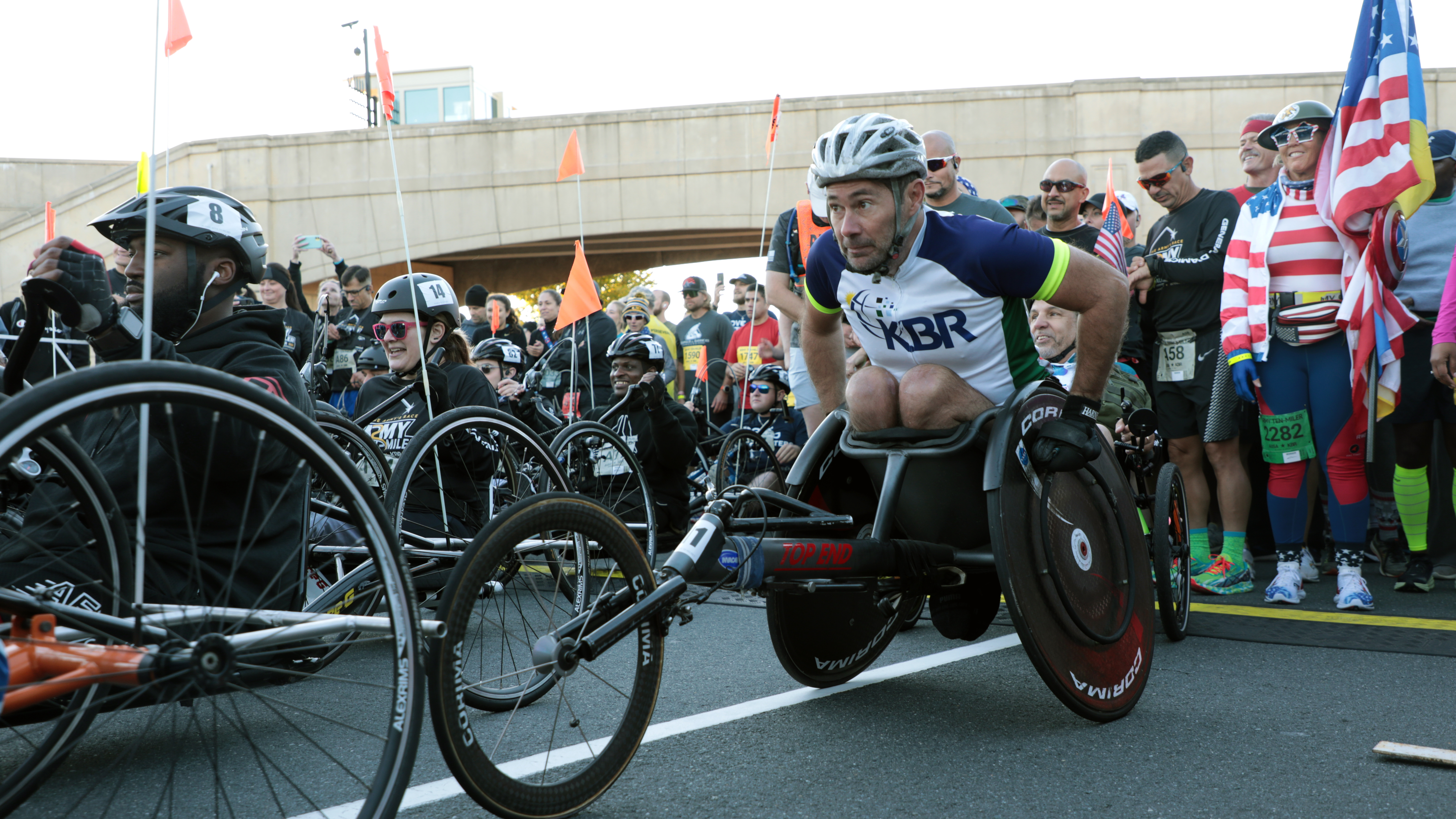 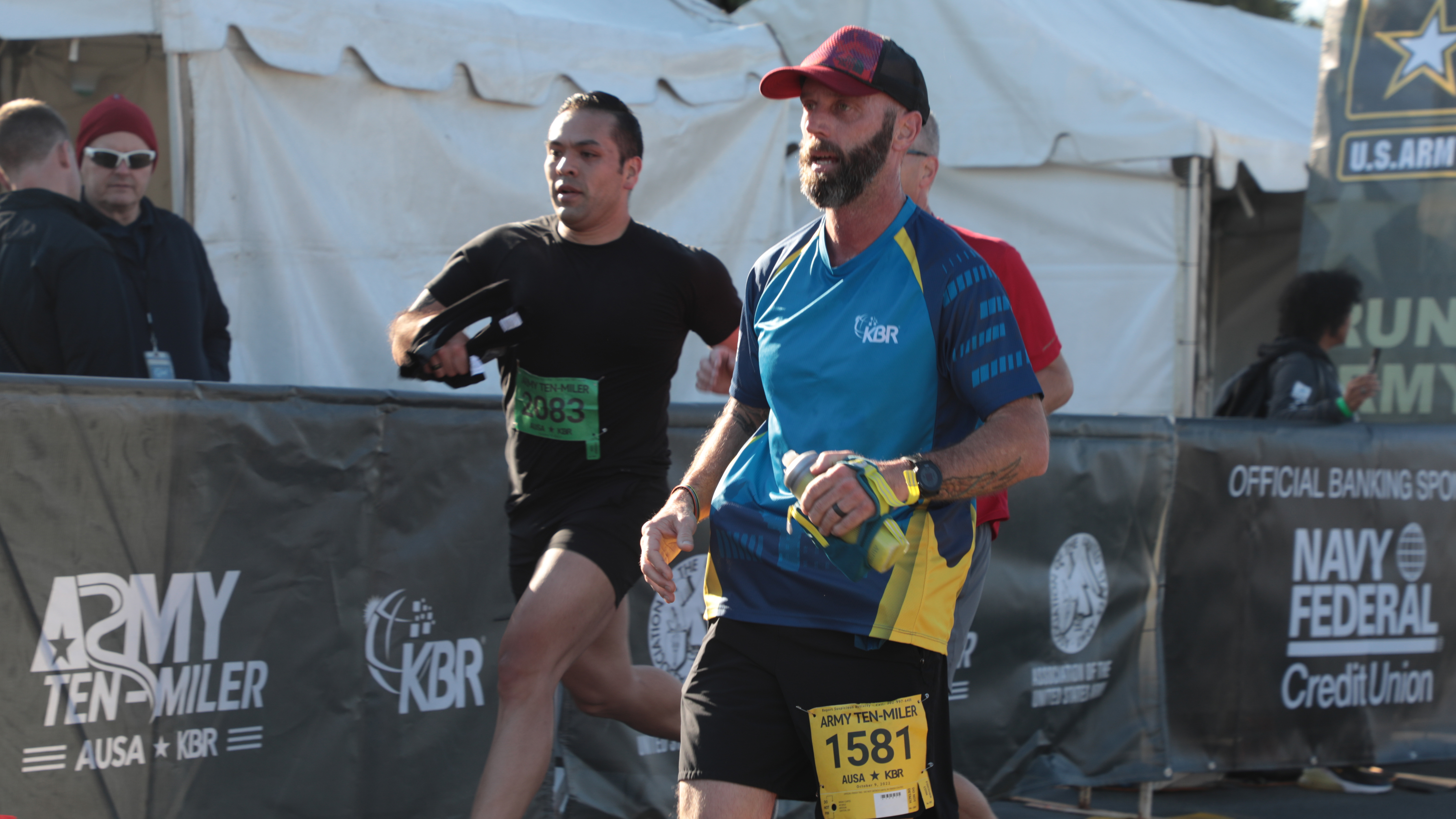 The Army Ten-Miler is the third largest 10-mile race in the world, with a mission to support Army outreach, build morale and promote physical fitness. This year, the race attracted approximately 20,000 runners and hundreds of volunteers. To date, the Army Ten-Miler has generated more than $8 million for the Army’s Morale, Welfare and Recreation (MWR) programs.

At the race, KBR's sponsorship provided free shuttle service, hospitality tents, water, pre-packaged meal boxes, and a reunion area where family and friends connect with runners. KBR also sponsored the Hooah Tent Zone where attendees and soldiers mingled after the race. Within the zone, KBR continued its tradition of serving Wisconsin bratwursts and provided a photo booth to document the day.

The Army Ten-Miler Shadow Run Series provides an opportunity for Army personnel and families stationed overseas to participate in the race. KBR’s sponsorship covered MWR-hosted Shadow Run events at 22 sites across four continents, with a total of 3,500 runners.

“We were thrilled to be back in person this year at the Army Ten-Miler, continuing our support for America’s soldiers and their families,” said Byron Bright, President, KBR Government Solutions U.S. “We’re also equally excited to be a part of this year’s Shadow Run Series. Whether at the finish line or the frontlines, KBR supports U.S. armed forces around the world. So, we’re honored to bring this opportunity to our servicemembers both stateside and overseas.”

This year, KBR also donated booth space for the Army Ten-Miler Expo at the D.C. Armory to Wear Blue: Run to Remember, a 501(c)3 non-profit organization with a mission to honor the service and sacrifice of the American military through active remembrance. On Oct. 7 and 8, all Army Ten-Miler runners picked up race packets at the Expo where they had an opportunity to learn more about Wear Blue: Run to Remember.

KBR has provided mission-critical military solutions since WWII. The company helps ensure troop readiness and delivers the systems and technologies that enable the U.S. Army to maintain its competitive advantage in conflict and in peacetime. Known for pioneering leading-edge solutions, KBR lends its domain expertise to the U.S. military, NASA, foreign allies and commercial customers.

We deliver science, technology and engineering solutions to governments and companies around the world. KBR employs approximately 28,000 people performing diverse, complex and mission-critical roles in 34 countries.

KBR is proud to work with its customers across the globe to provide technology, value-added services, and long-term operations and maintenance services to ensure consistent delivery with predictable results. At KBR, We Deliver.

The statements in this press release that are not historical statements, including statements regarding future financial performance, are forward-looking statements within the meaning of the federal securities laws. These statements are subject to numerous risks and uncertainties, many of which are beyond the company’s control that could cause actual results to differ materially from the results expressed or implied by the statements. These risks and uncertainties include, but are not limited to: the significant adverse impacts on economic and market conditions of the COVID-19 pandemic and the company’s ability to respond to the resulting challenges and business disruption; the recent dislocation of the global energy market; the company’s ability to manage its liquidity; the outcome of and the publicity surrounding audits and investigations by domestic and foreign government agencies and legislative bodies; potential adverse proceedings by such agencies and potential adverse results and consequences from such proceedings; changes in capital spending by the company’s customers; the company’s ability to obtain contracts from existing and new customers and perform under those contracts; structural changes in the industries in which the company operates; escalating costs associated with and the performance of fixed-fee projects and the company’s ability to control its cost under its contracts; claims negotiations and contract disputes with the company’s customers; changes in the demand for or price of oil and/or natural gas; protection of intellectual property rights; compliance with environmental laws; changes in government regulations and regulatory requirements; compliance with laws related to income taxes; unsettled political conditions, war and the effects of terrorism; foreign operations and foreign exchange rates and controls; the development and installation of financial systems; the possibility of cyber and malware attacks; increased competition for employees; the ability to successfully complete and integrate acquisitions; and operations of joint ventures, including joint ventures that are not controlled by the company.

The company’s most recently filed Annual Report on Form 10-K, any subsequent Form 10-Qs and 8-Ks, and other U.S. Securities and Exchange Commission filings discuss some of the important risk factors that the company has identified that may affect its business, results of operations and financial condition. Except as required by law, the company undertakes no obligation to revise or update publicly any forward-looking statements for any reason.