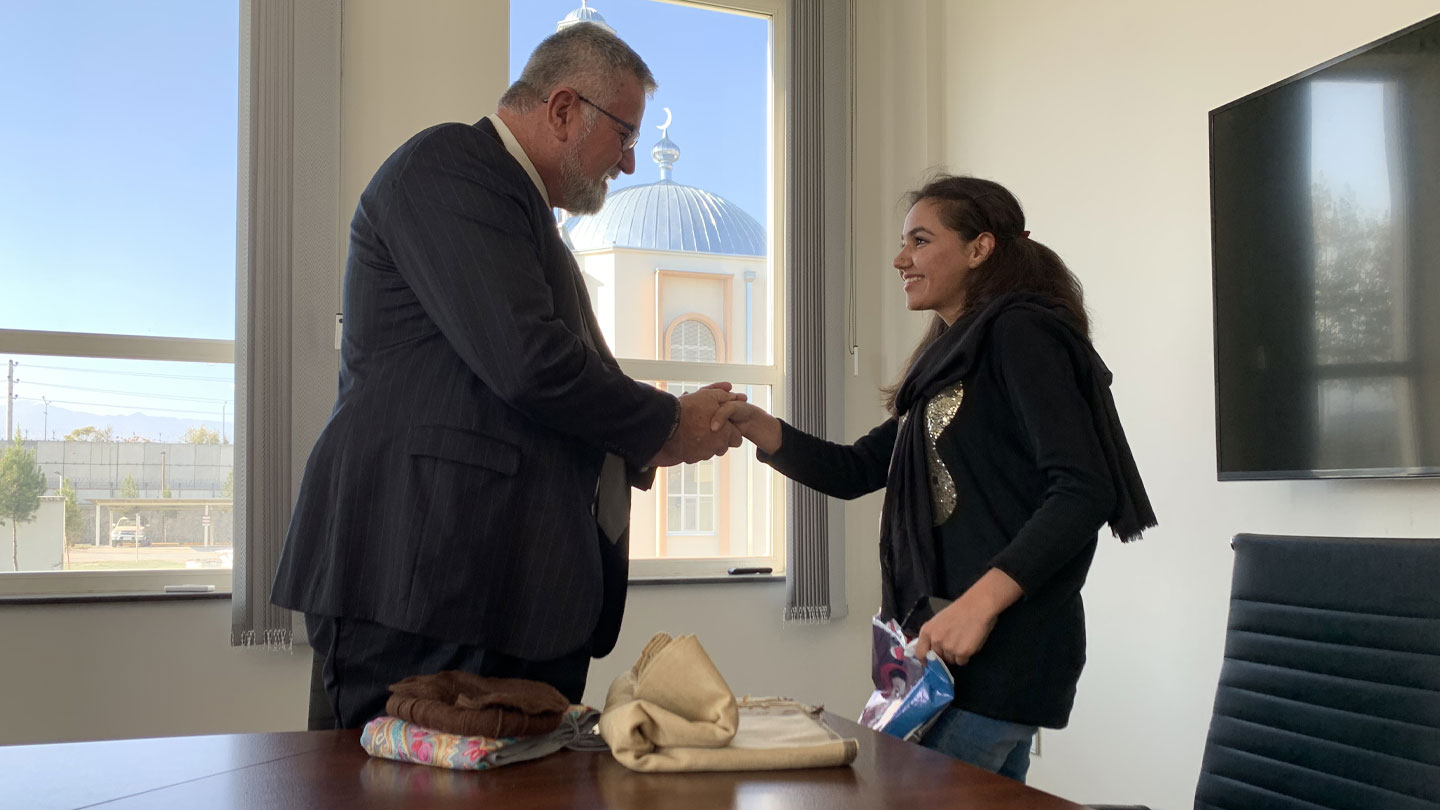 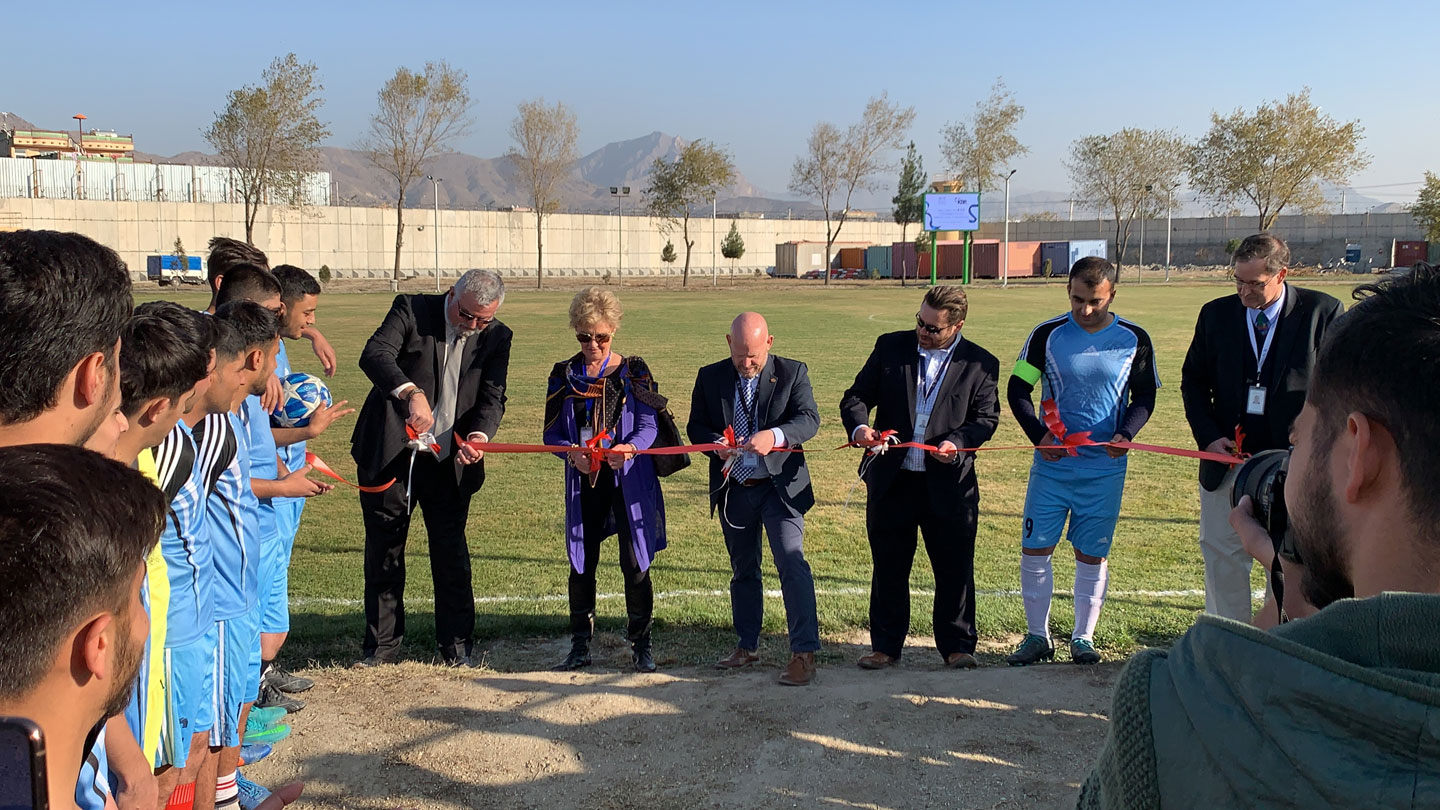 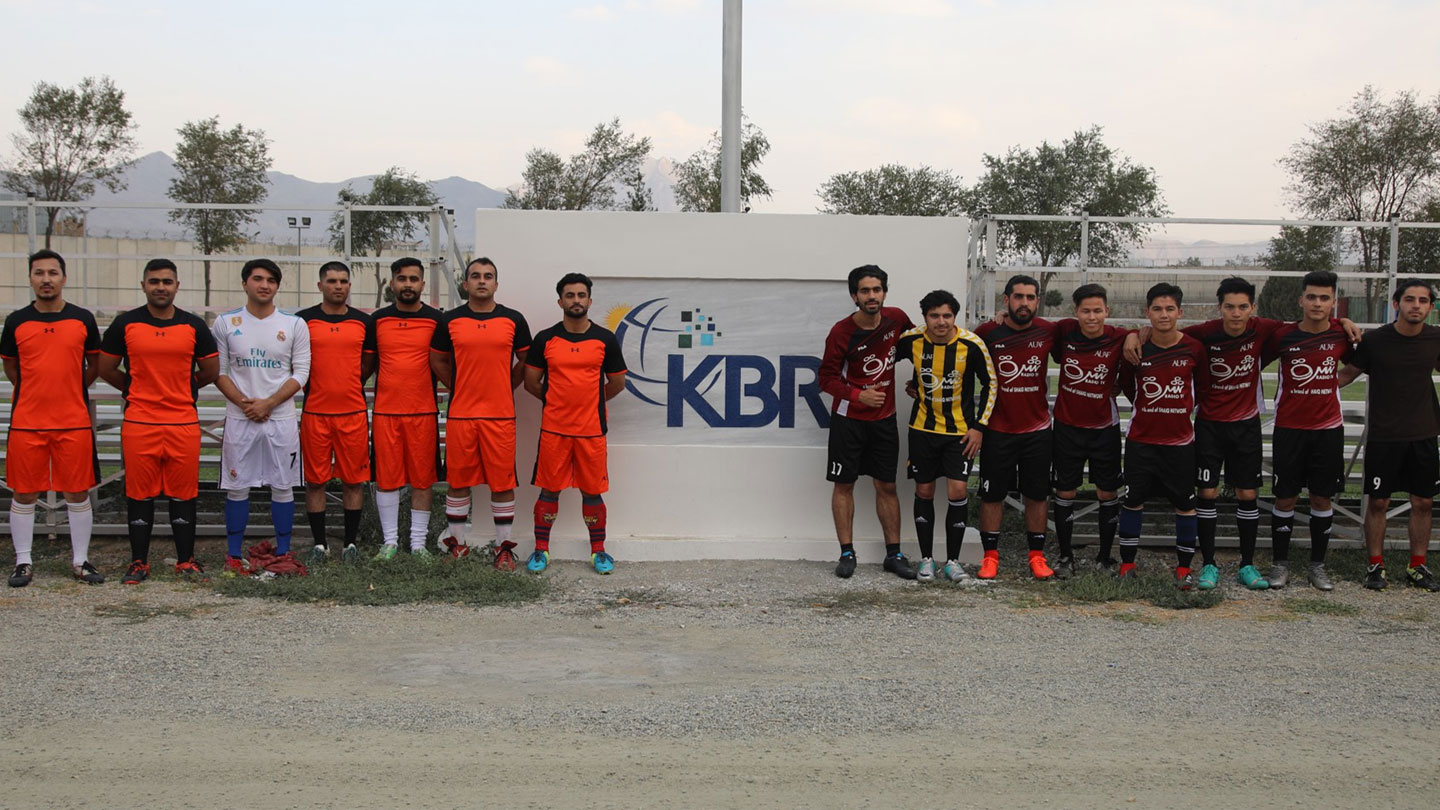 Challenges to receiving a formal education are rampant in many parts of the world, but especially throughout the Middle East. In Afghanistan, sustained conflict and violence, infrastructure issues, inefficient resources, natural disasters, sociocultural factors, and a lack of curriculum standards impact education for both children and adults.

KBR holds contracts and supports communities around the world where inadequate education impacts the overall success of the people and the economy. Afghanistan is a prime example and for girls, particularly those in rural areas from low-income families, getting an education remains a distant dream.

KBR’s affiliation with the American University of Afghanistan (AUAF) is helping bridge this gap. AUAF serves as a nationally accredited, private, non-profit, non-partisan and co-educational university. Protected by surrounding walls, the university is situated on more than 50 acres of land, creating a peaceful and beautiful oasis for learning. Recently, KBR chose to sponsor upgrades to the school’s football (soccer) field and donate funds toward student scholarships.

Ella Studer, KBR Senior Vice President of Logistics, joined the university’s board of trustees and serves as the second vice chair. As a result, she has gained a first-hand understanding of the struggle for female Afghan students.

“As a company and a female leader, it is important to help where I can and promote activities that lift females up,” Studer said. “In Afghanistan, even if the family is supportive of a female going to school, they still may not have the money to support her attending University. Many females have to work or only get partial funding, so they need to find scholarships.”

KBR’s donation is funding a female student’s tuition for five years. The scholarship recipient is a young woman named Susan, who is pursuing her bachelor’s degree in political science and public administration. Selected based on her Test of English as a Foreign Language scores and high school overall percentage record, the scholar voiced her excitement for this opportunity.

“My lifelong dream was getting higher education at a prominent university, such as AUAF,” stated Susan. “Now it is so incredible having this golden opportunity that assures me to not only get a quality education, but also to help me grow personally, be able to serve my nation, and become successful in my future goals and career. I want to be a skilled and proficient politician to help bring positive changes in society and become a role model for other young girls who want to start the same career.”

“We were very proud to donate the upgrades to the soccer field. As a former college athlete, I understand the link between a healthy body and productive mind,” Flanagan said. The sponsorship included new bleachers, digital scoreboards, upgraded lighting and modern signage.

“The field is a major focal point at the university,” said AUAF Board of Trustees Member Leslie Schweitzer. “Athletics for students in Afghanistan is not as indigenous as it is in the U.S. So having this soccer field is special and it will be very well utilized, not just by our students, but others as well.”

As the number one sport in Afghanistan, soccer at AUAF is also an opportunity to reinforce classroom lessons such as the importance of teamwork, sportsmanship and tolerance. To break in the new space, alumni faced off against the university’s undergrads for a friendly match.

“It was just like being at a game at any small university in the U.S. The field is an element of great freedom – it’s indicative of AUAF and what we’re trying to do,” Schweitzer said.

During the ceremony and presentation, Flanagan also announced KBR would be making an additional donation in 2019 to help with the AUAF Academy Program, which helps incoming female students improve their English, math and science acumen to succeed in the university’s English-only instruction during their undergraduate programs.

“These students are going to change Afghanistan,” Studer said. “That’s how a country changes, by being educated. It changed me as a person. I wouldn’t be where I am today without my degree.”

Opened in 2006 with 50 students enrolled, AUAF now enrolls more than 700 undergraduates and1,500 part-time students in short-term courses. It has produced 97 Fulbright Scholars and maintains partnerships with some of the world’s most prestigious universities. Currently, female students represent 42 percent of undergrad enrollment, a percentage that is achieved only through scholarship support such as KBR’s.

Many businesses hire AUAF graduates due to their respected schooling and prime location. In fact, in 2001 KBR hired more than 4,000 Afghan employees during the Logistics Civil Augmentation Program (LOGCAP) III contract in Afghanistan. With LOGCAP V on the horizon, KBR looks forward to the opportunity of hiring local graduates once again.