KBR teamed with NASA and Amazon Web Services to successfully stage the "DeepRacer" event this August. 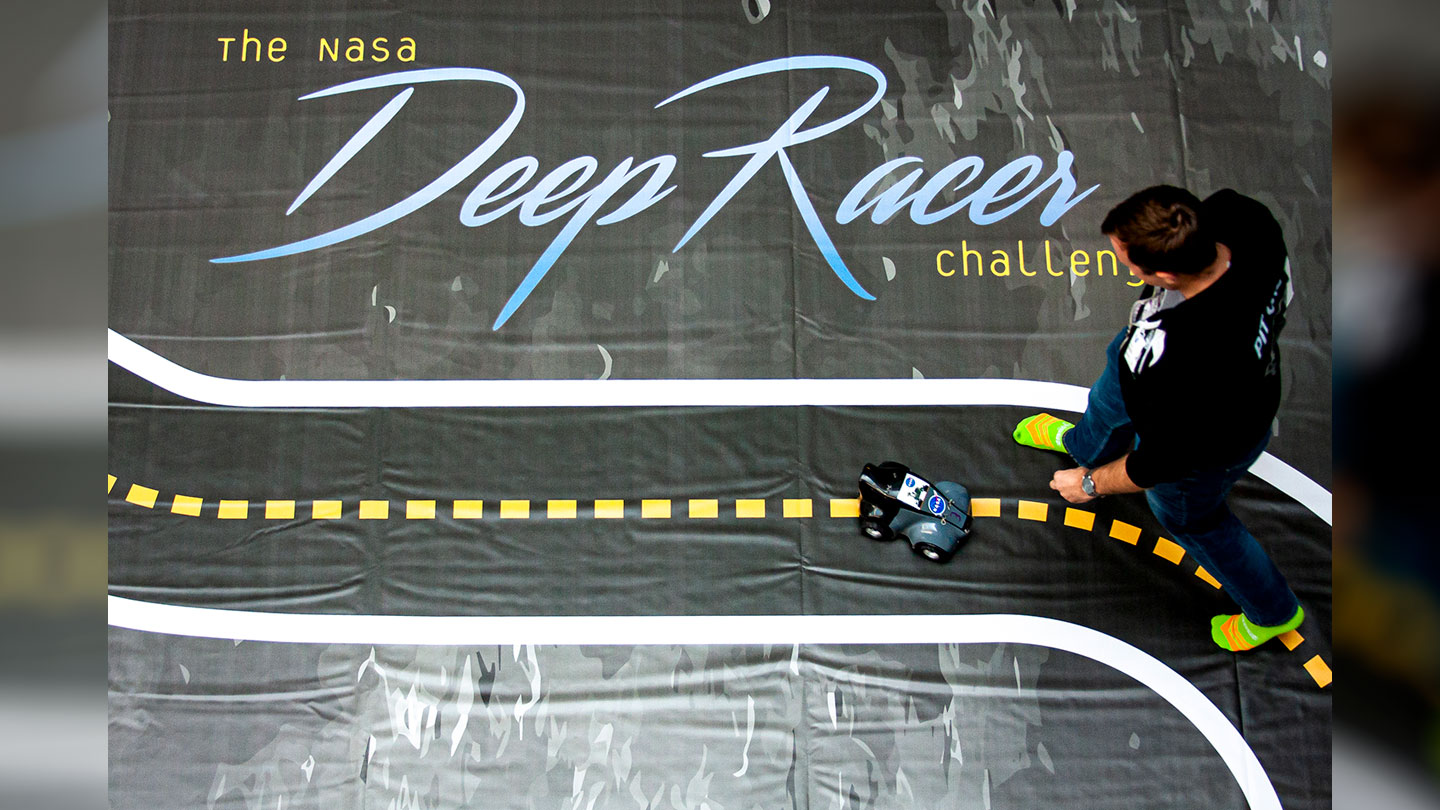 Race participants take a break from the competition. NASA and KBR interns and other employees faced off during the DeepRacer event to see whose vehicle could speed around a track the fastest. 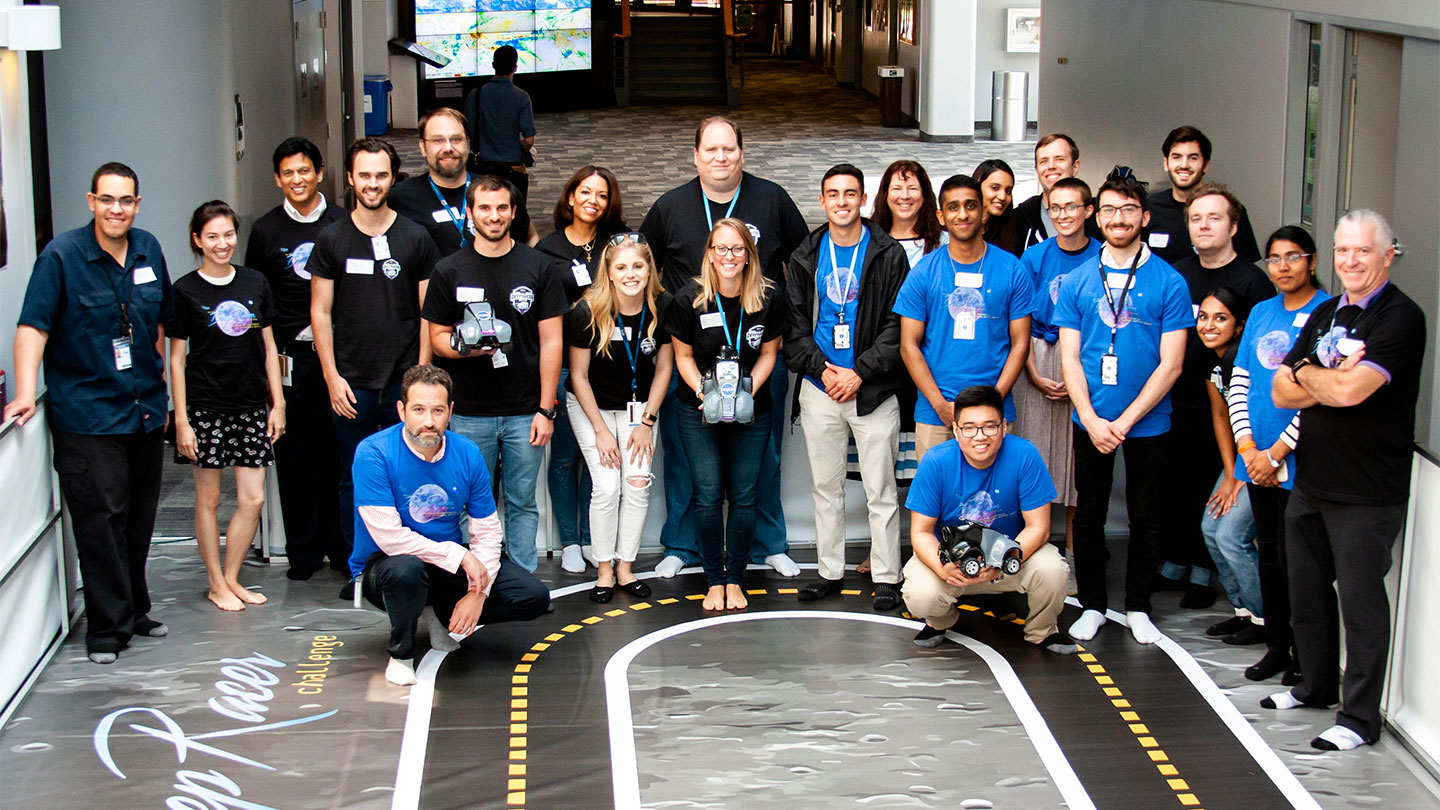 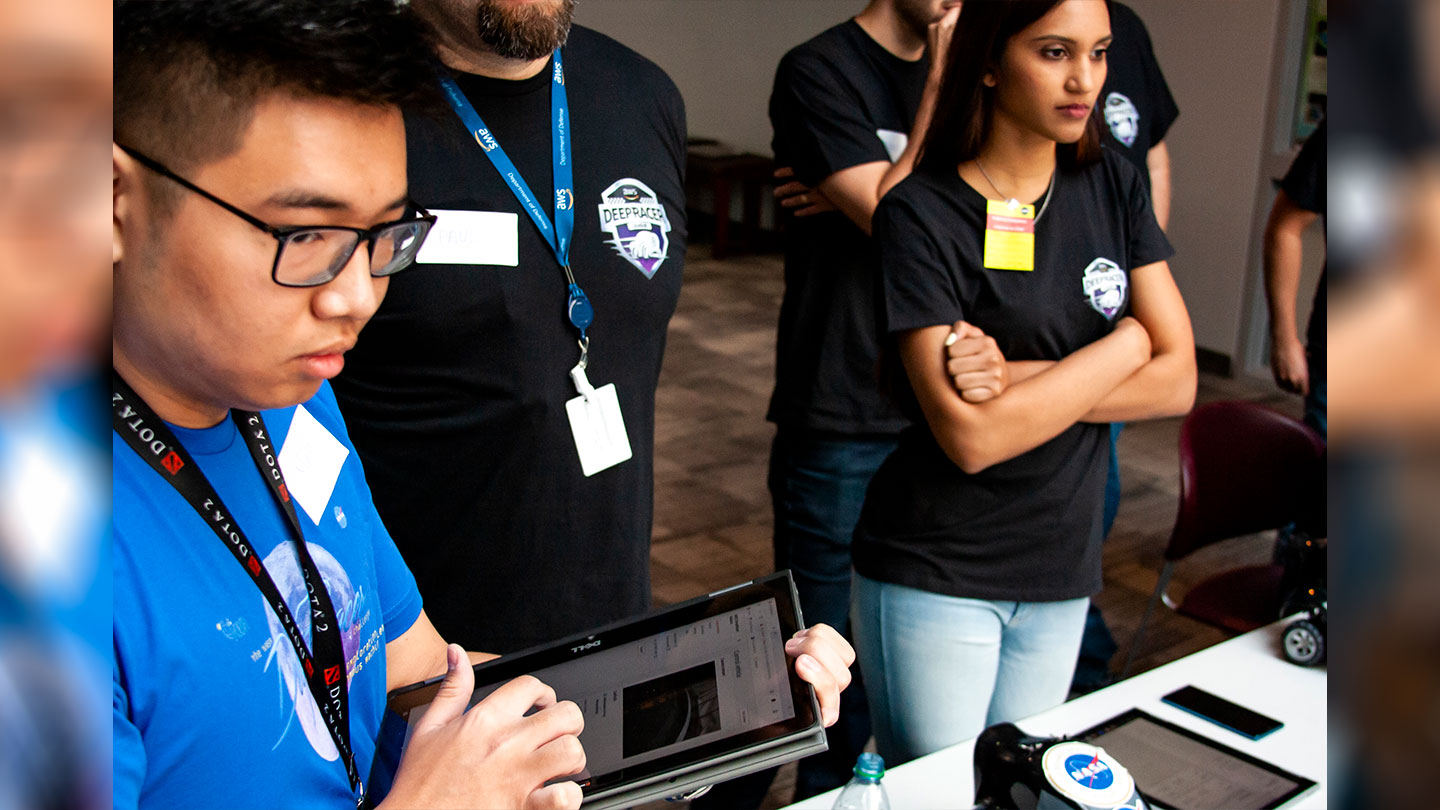 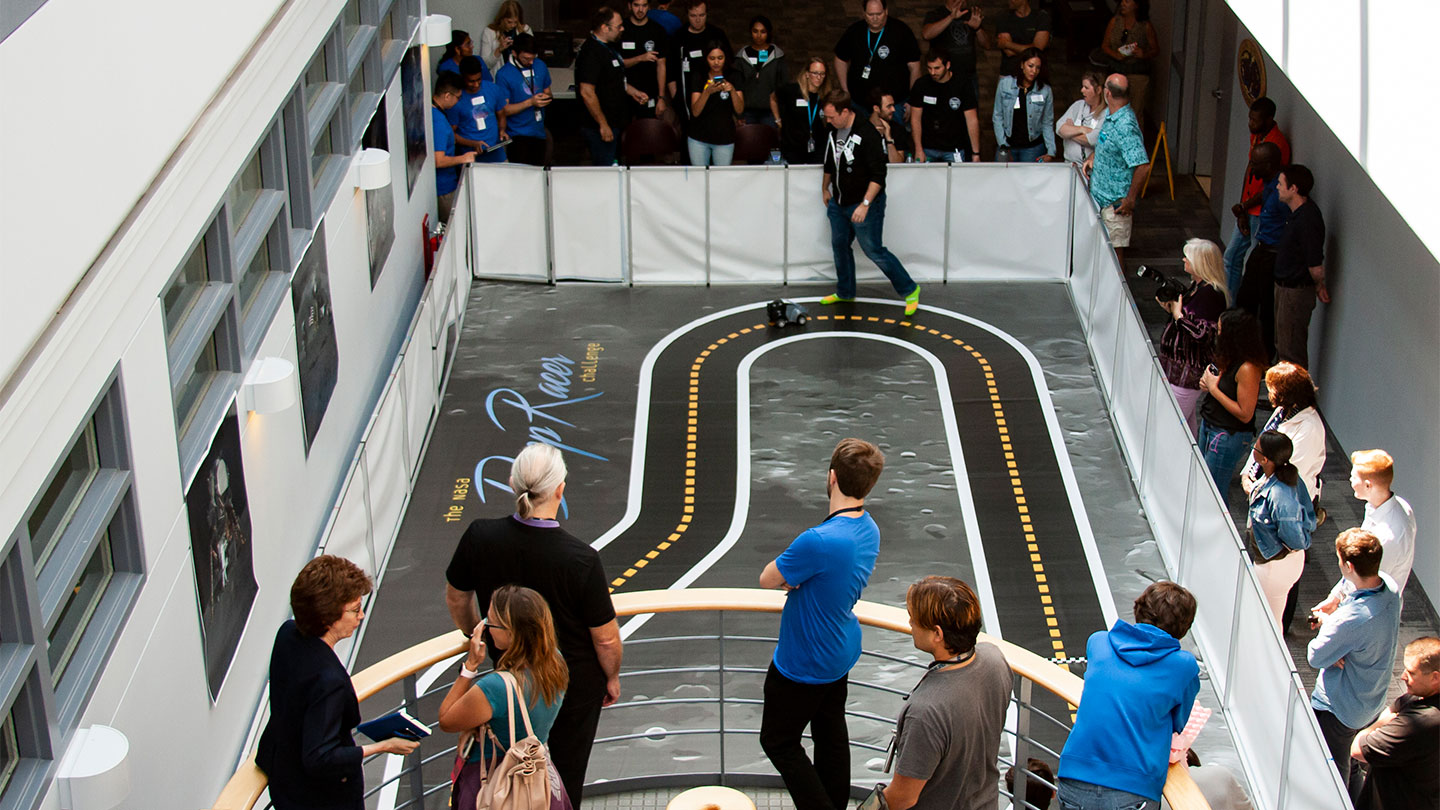 NASA and KBR interns faced off in a race of autonomous vehicles at NASA’s Goddard Space Flight Center for the first time ever this August.

NASA and KBR interns and other employees competed to see whose machine-learning models could propel an AWS DeepRacer vehicle around a track the fastest. Their models rewarded vehicles for speed and accuracy for staying on the course, allowing each vehicle to autonomously make short-term decisions to achieve long-term goals.

At one-eighteenth the size of a normal car, the AWS DeepRacer allows reinforcement learning models built in virtual environments to be tested in the real world, providing a hands-on way to explore artificial intelligence (AI) and machine learning.

Through algorithm overhauls and hours of modeling, racers honed their racing strategies for the big day to see who could dominate the track. This hard work paid off for Minh Nguyen, KBR intern, who took first with his car speeding around the track in 13.14 seconds. According to Nguyen, practice, as well as his internship – focused on reinforcement learning supporting NASA projects – helped him win.

“Having the time to do research on reinforcement learning really helped me do well in this event,” said Nguyen. “We also had plenty of time to experiment with different approaches to figure out which one was the best for the physical track.”

KBR worked with Amazon and NASA to organize this event, as well as a pre-race, four-hour workshop with an AWS DeepRacer expert to help interns build, test and fine-tune their reinforcement learning models. Two days before the event, participants also had the chance to take their models for a test spin on the actual track.

Fueling the Future of Machine Learning

Not only did this event allow participants to tap into their inner race car driver, it also helped accelerate the science of autonomous machine learning.

“KBR understands the importance of investing in tomorrow’s workforce. We are proud to have played a key role in an event that fueled interns’ imaginations and developed their AI skills,” said Byron Bright, President, KBR Government Solutions U.S.

“The DeepRacer event also provided an opportunity for NASA to experiment with autonomous systems for future exploration missions and showcased how the private and public sector can collaborate to leverage and advance technology,” he continued.

As one of the world’s largest human spaceflight support organizations and as NASA’s second largest support services contractor, KBR has employees at 11 NASA sites who are helping solve the agency’s biggest challenges. The company is forging the future through technology, innovation, and unmatched expertise, which includes intelligent robotics and autonomous systems, machine learning and AI.