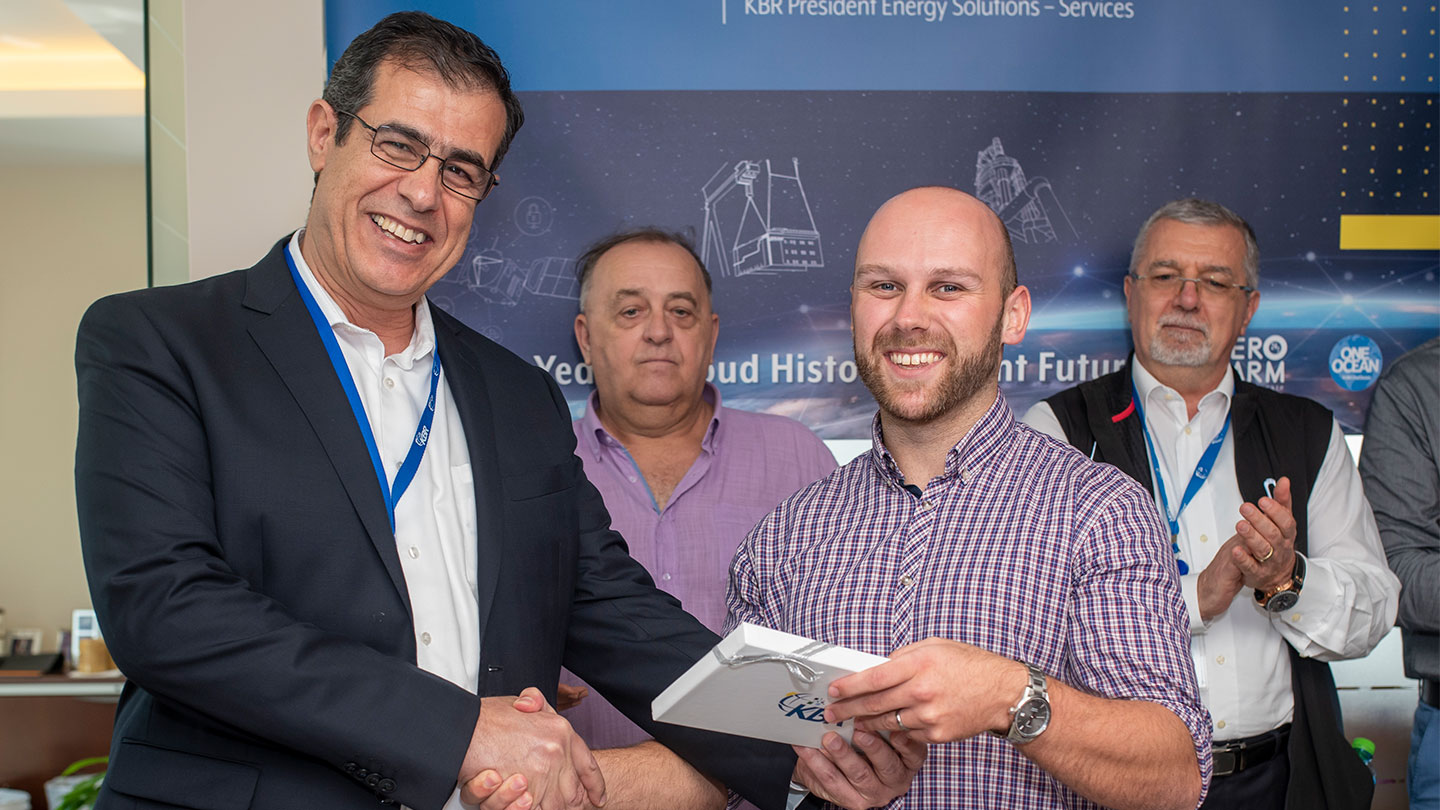 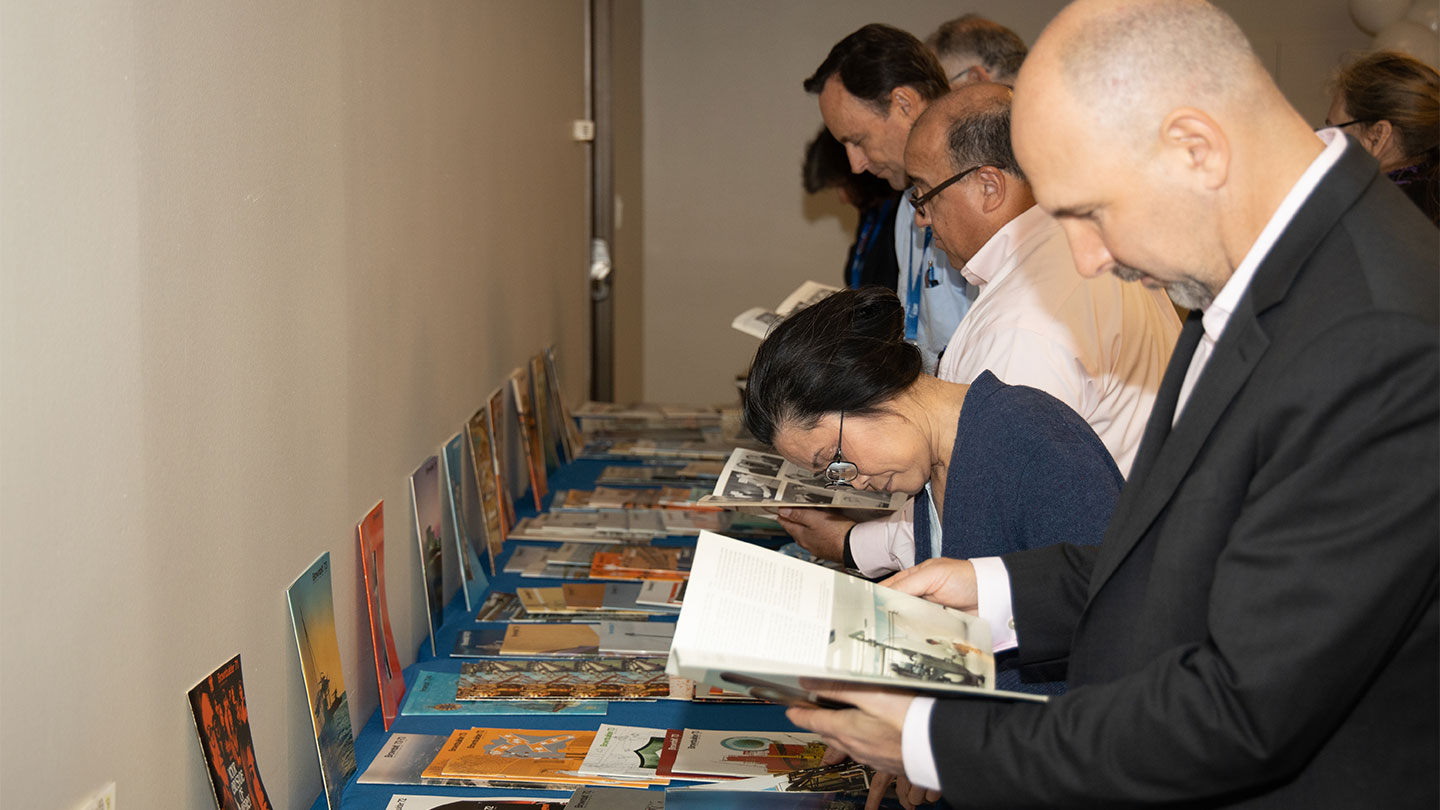 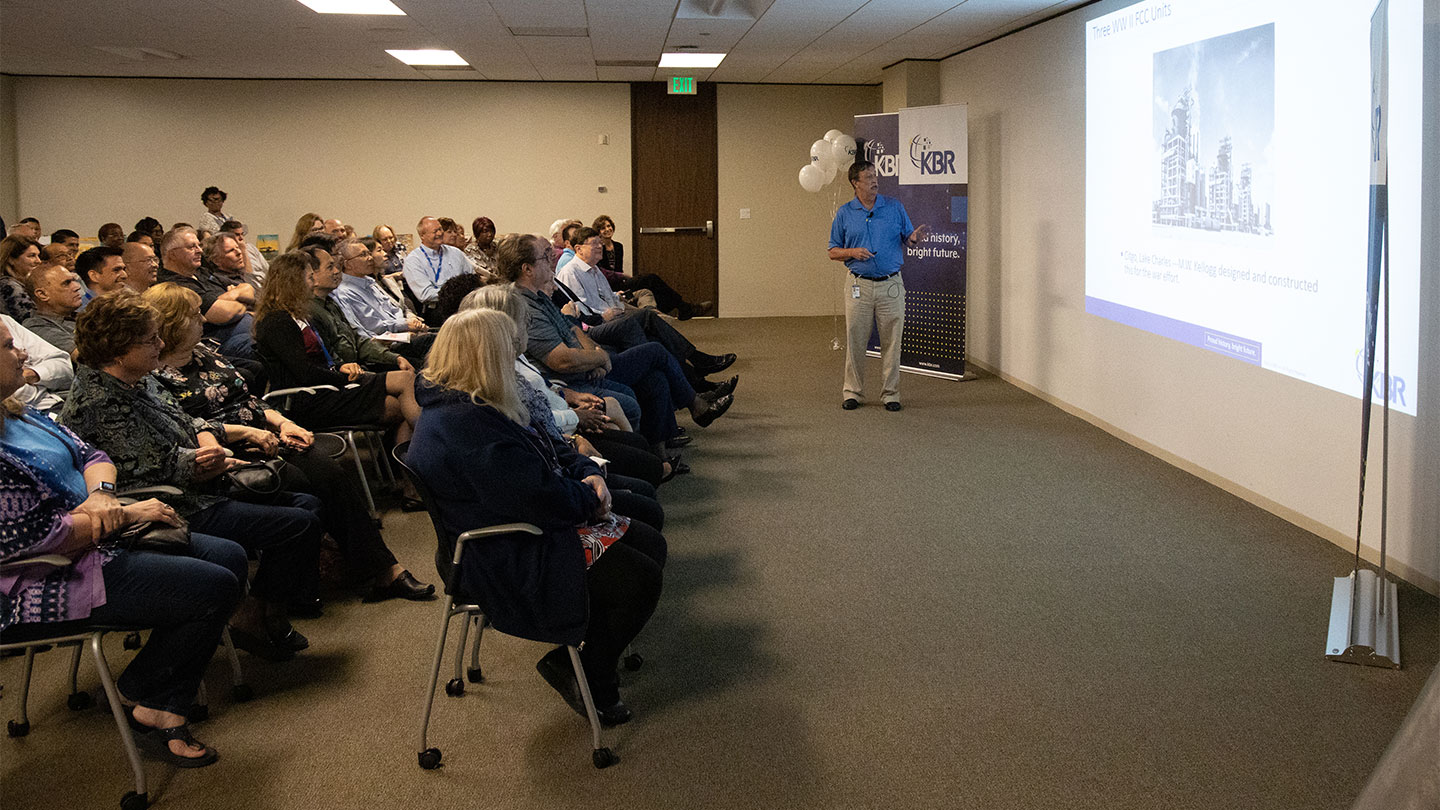 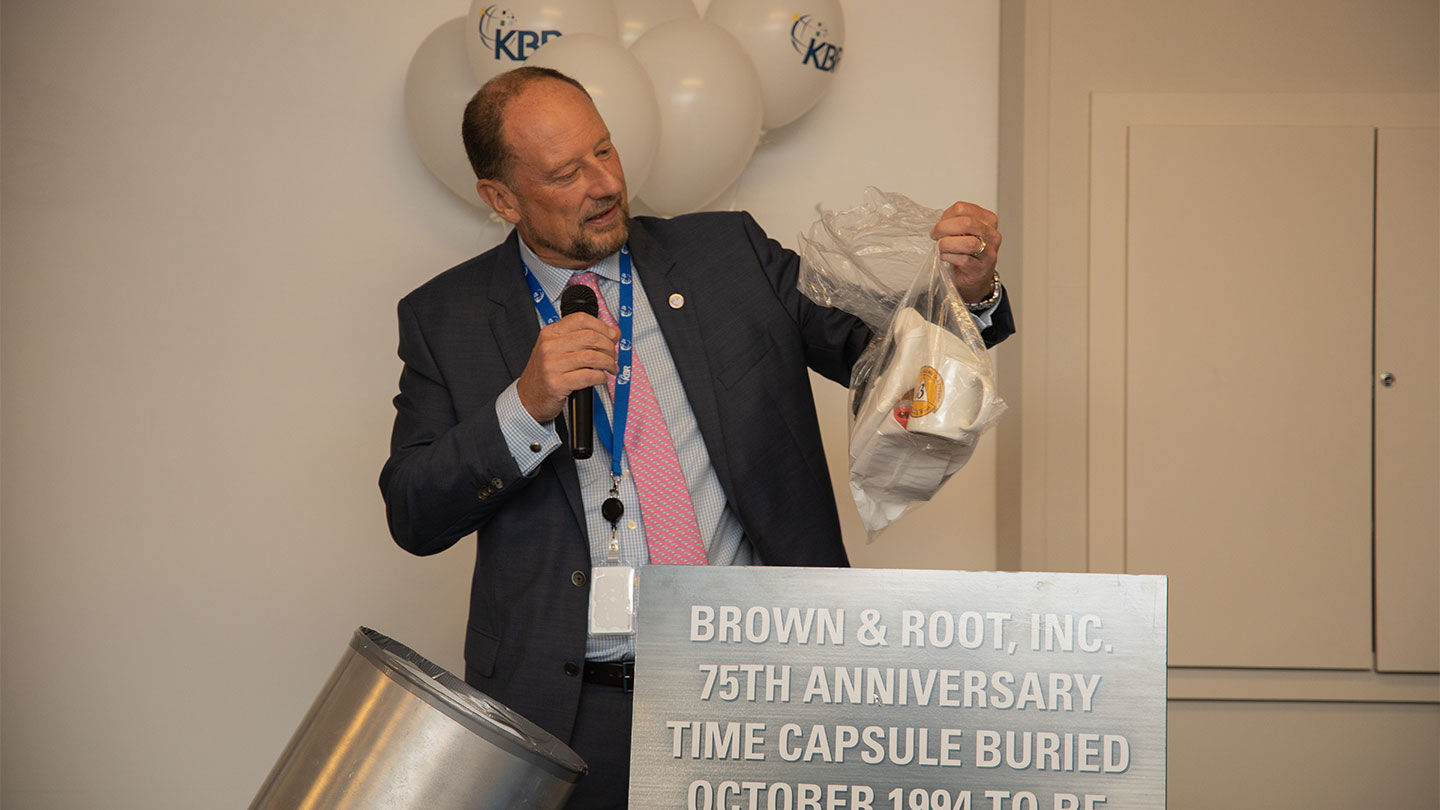 KBR celebrated its 100-year anniversary with a step back into history and an eye toward the future.

At a birthday party complete with cake, employees in Houston enjoyed a museum display of memorabilia from the 100-year history of the company, including historic tools of the trade, company magazines and a ledger from 1935 that proved just how much things have changed. One line item detailed 10 mules, 5 wagons and five double harnesses that cost the company just over $1,000.

Also, on display was the original plow that brothers George and Herman Brown used to begin paving roads in Central Texas, beginning a 100 journey that today sees the company helping pave the way to Mars.

During the event, KBR’s unofficial historians David Fox & Richard Ericson gave a presentation on the history of the company and its foundation in the Brown and Root and M.W. Kellogg companies.

The event culminated in President and CEO Stuart Bradie opening a time capsule that was sealed in the same month in 1994. Notably, the same employee, Francisco Vasquez, that played a part in the burial of the time capsule also unsealed it 25 years later in 2019.

One of the more interesting items included in the time capsule were predictions from employees in 1994 about what the company would look like today. One of KBR’s control engineers from our Aberdeen, Scotland, office predicted that the company would be “designing and constructing space stations to orbit Mars!” Their insight into the future of KBR is commendable.

At KBR’s office in Leatherhead, UK, employees celebrated the centennial anniversary by honoring KBR’s legacies of sustainability and community support. The team planted a new willow tree on the campus and staged the “Great KBR Bake Off” to raise money for the Wildlife Aid Foundation.

As Bradie noted, this was a great time to reflect on our legacy while looking toward the next 100 years.