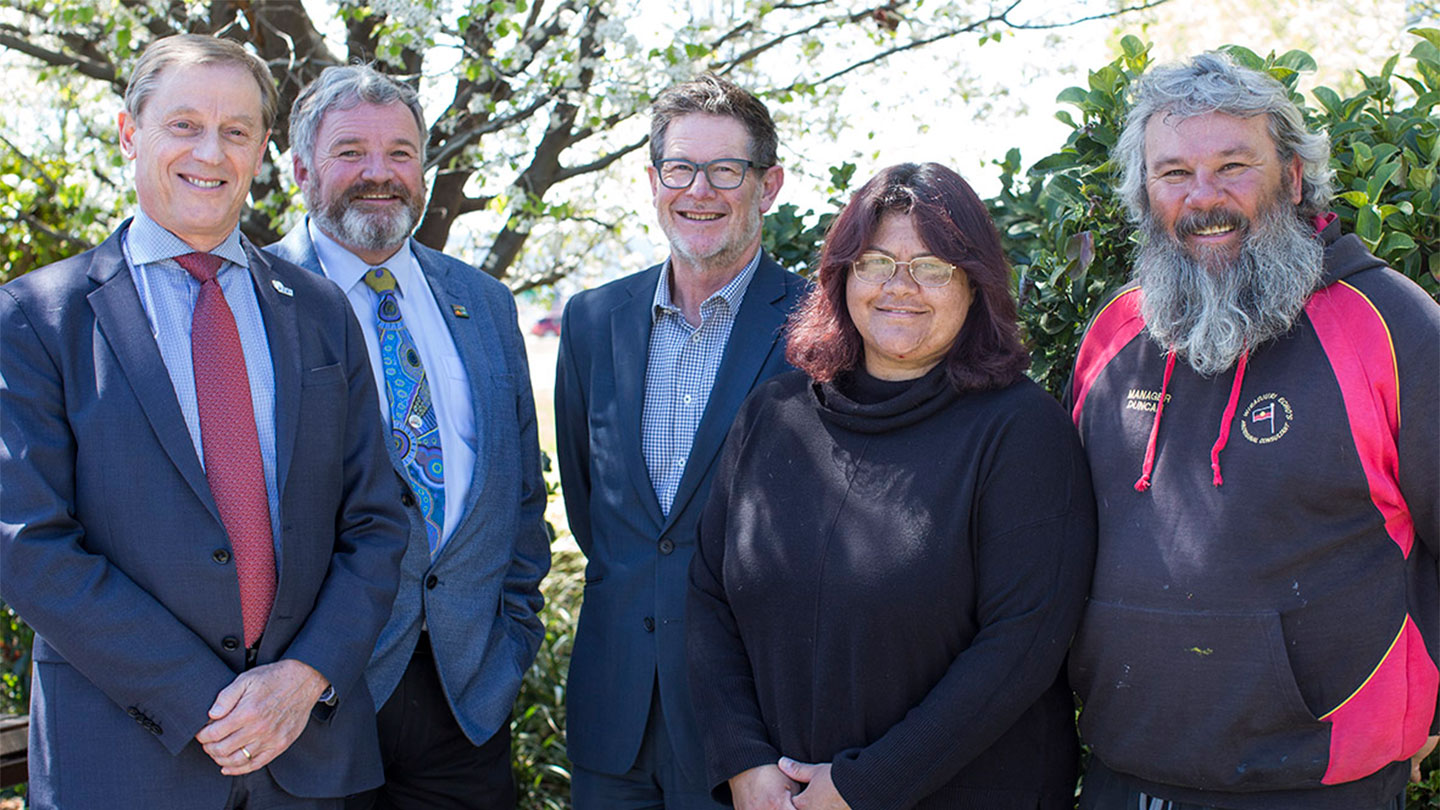 The purpose of the traditional Aboriginal smoking ceremony is to cleanse, heal and protect – a powerful symbolic gesture for reconciliation between Aboriginal and non-Aboriginal Australians.

On September 25, KBR celebrated the launch of its first Reconciliation Action Plan (RAP), an important document that describes how KBR will contribute to promoting and facilitating respect, trust, and positive relationships between the wider Australian community and Aboriginal and Torres Strait Islander people.

KBR’s RAP launch was celebrated at its Canberra Office, on Ngunnawal land, with an official Welcome to Country and a traditional Aboriginal smoking ceremony, attended by over 80 KBR Government Solutions staff.

The plan has been endorsed at the highest level, with KBR President and CEO Stuart Bradie engaged throughout the RAP’s development and launch.

“The importance of this plan for our company should not be underestimated. It is a significant contribution to support our Australian commitment to advance Reconciliation, and our global commitment to diversity and inclusion,” commented Bradie.

“KBR is more than a global company,” he continued. “We are citizens and neighbors in communities around the world in which we live and work.”

Australia’s KBR Government Solutions Vice President, Rob Hawketts, told the gathering at the launch, “As a company, we have created this RAP not because we have to, but because we choose to. We choose to understand and embrace Aboriginal and Torres Strait Islander people and cultures as part of KBR’s broader inclusion and diversity initiative. As a business we are better, stronger, for doing this.”

The launch was held where KBR’s RAP journey officially began in August 2018 when a KBR leadership convened in Canberra to agree on the RAP’s development.

The development process was a collaborative effort with involvement and contributions from KBR employees all around the country.

Fundamental to the plan are the principles of forging relationships, building respect and creating opportunities throughout Australia between KBR and Aboriginal and Torres Strait Islander organisations, communities and individuals.

KBR Infrastructure Services Vice President Wayne Nolan described the endorsement as “…an important milestone for our business [that] will underpin our future efforts in Aboriginal and Torres Strait Islander engagement.”

A significant element of the RAP is the artwork used throughout the document, based on a painting called Meeting Place by Aboriginal artist Duncan Smith, which hangs in KBR’s Canberra office. The painting represents sharing and exchanging knowledge and ideas.

For KBR it speaks of the hopes and expectations it has for its reconciliation journey.

Duncan Smith also conducted the traditional smoking ceremony at the RAP launch, which included a boomerang dance accompanied by didgeridoo.

“The boomerang is such as strong symbol of what we put out into our communities coming back to us,” Smith said. “For KBR, your commitment to reconciliation—you’re putting that positive out there into the world, and the positive will come back.”