An Inside Look at Training the U.S. Special Forces 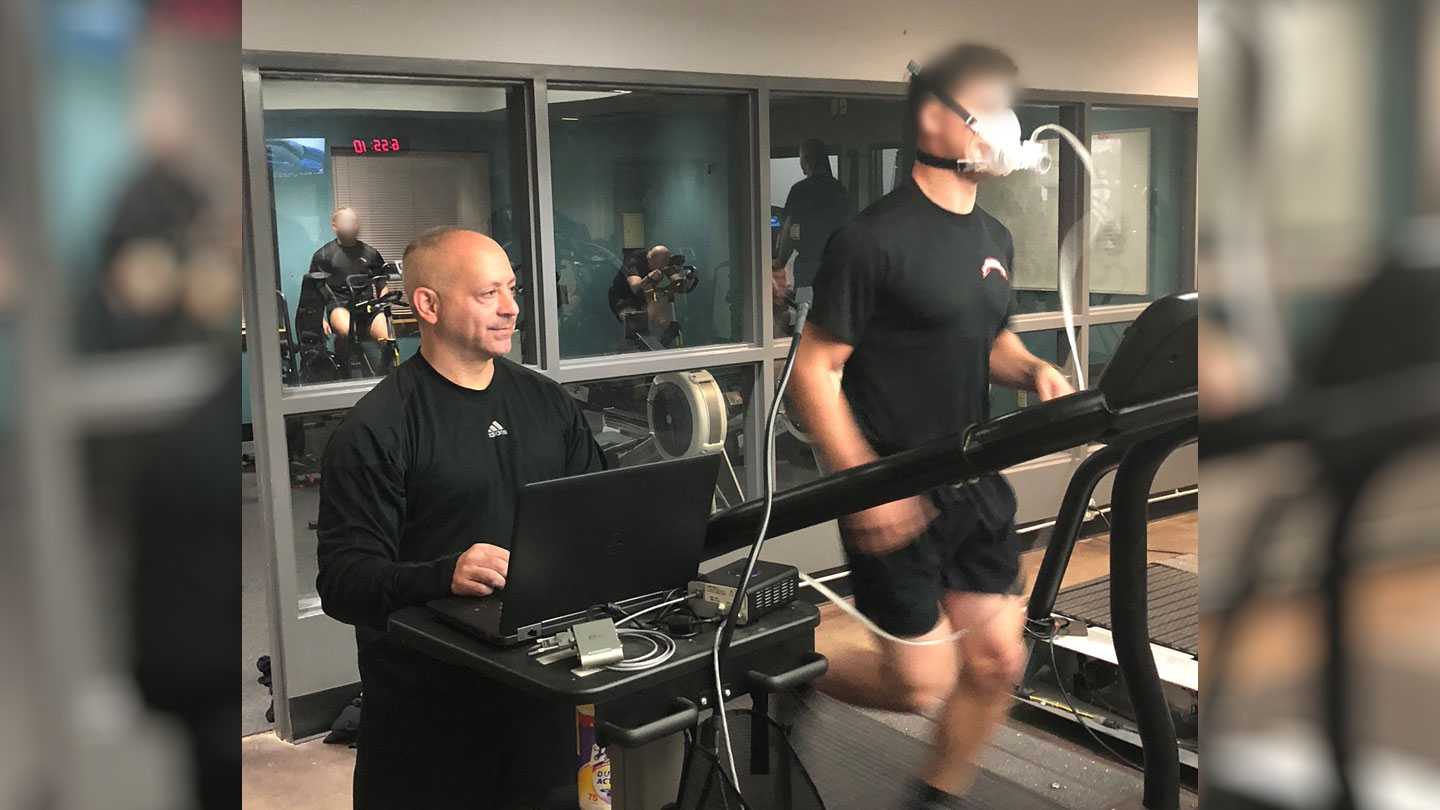 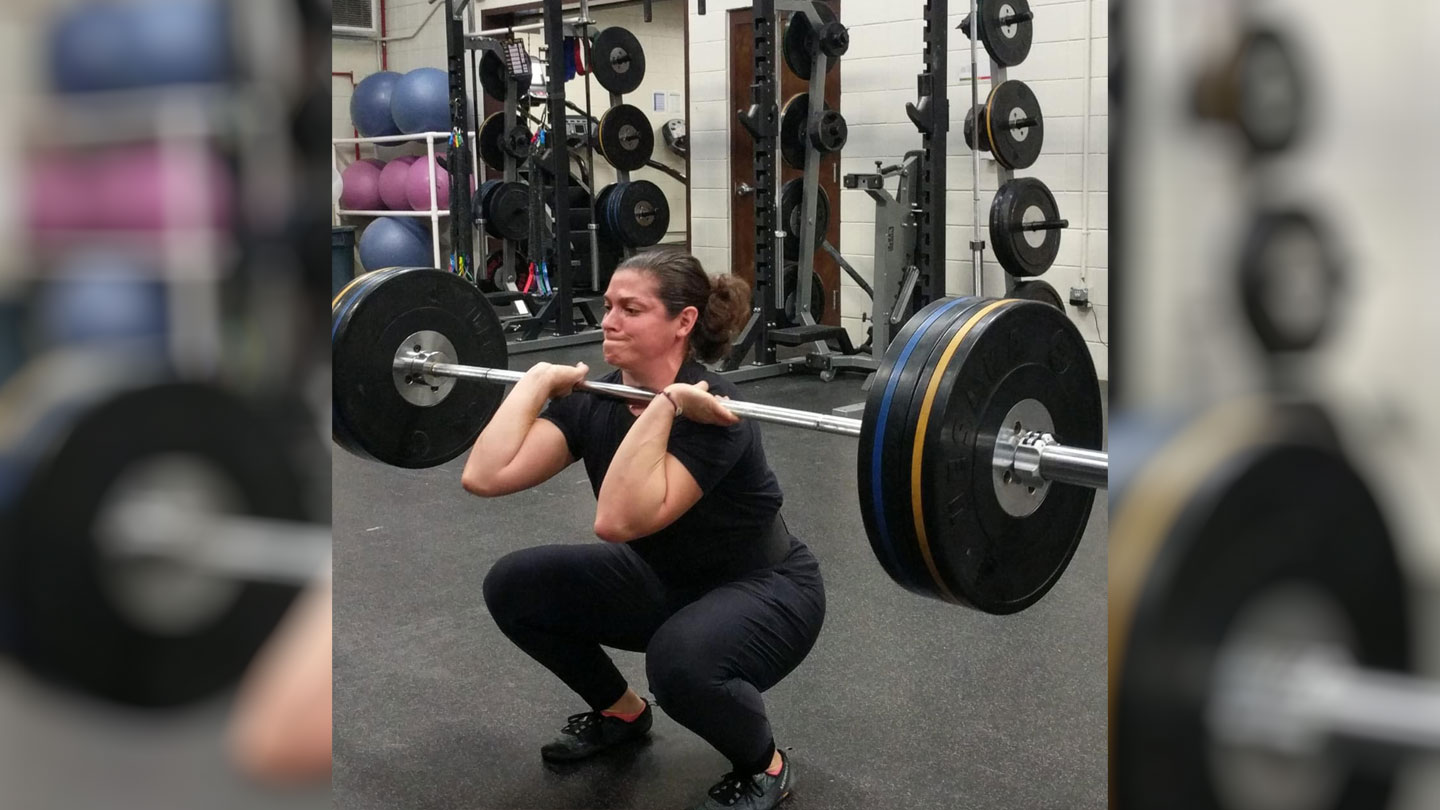 Khairallah guides an anaerobic conditioning session. Sled drags can be used to develop muscular and cardiovascular endurance, lower body strength, power, speed, as well as for recovery and restoration. 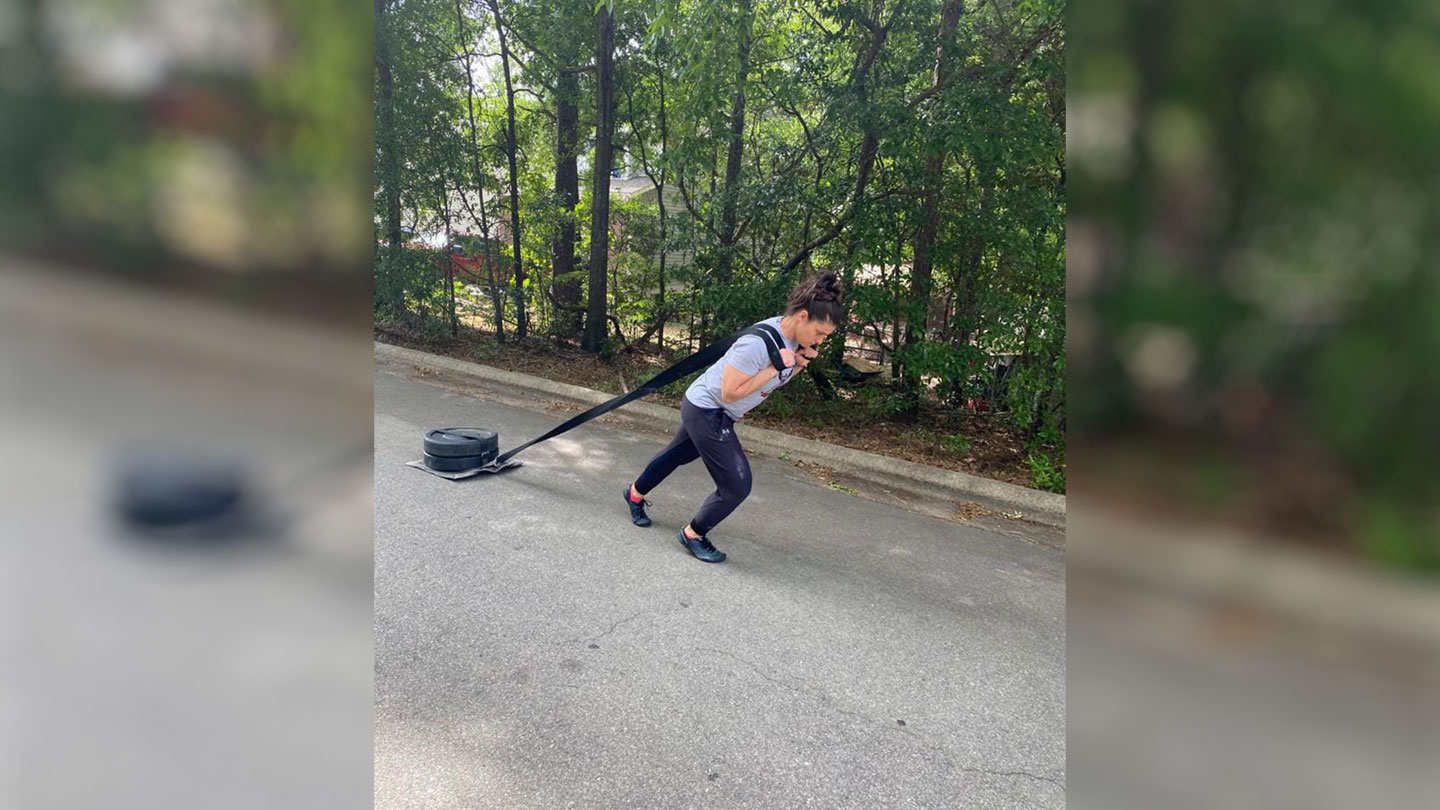 KBR partners with the U.S. military to optimize the physical health of its most elite forces

Maintaining success in any job can be challenging if you’re not supported by the right team, but for highly-skilled military units tasked to protect the nation, it’s especially essential.

The United States Special Operations Forces (SOF) play a significant role in the U.S. military and its personnel are often placed in dangerous situations while performing combatant command operations. Fortunately, these warriors have the backing and expertise of KBR’s human performance team, a group of specialists focused on optimizing SOFs mental and physical health.

Under the United States Special Operations Command (USSOCOM), the Preservation of the Force and Family (POTFF) program provides a holistic method to addressing the short and long-term well-being of these operators.

Many of KBR’s coaches gained experience prior to joining POTFF through their work in professional and collegiate sports. KBR’s Jason Hartman, lead strength coach for the 4th Battalion of the 160th Special Operations Aviation Regiment, previously worked for the U.S. Olympic Committee.

“Training athletes is great, but training soldiers for warfare is even more meaningful. When I came over to work with the Special Operations Forces, I felt like this was the real Team USA,” he said.

At POTFF, pre-habilitative physical training is about preparing operators and developing well-rounded strength, endurance and mobility. To accomplish this goal, Hartman creates individualized plans for each of his soldiers.

“If you build a training program that could be appropriate for the masses, it’s probably not appropriate for anyone. Everyone will have different strengths and weaknesses, different job work schedules and different facility accesses,” Hartman said. “The best service we can provide the Special Operations Forces is to work as an integrated human performance team to provide a holistic, multidisciplinary approach for the soldier’s health, wellness and physical performance.”

In addition to strength and conditioning coaches, KBR’s human performance team includes physical therapists, psychologists and dietitians. Hartman stresses there is often a lot of crossover between the performance areas, which helps to shape his training programs.

“We collaborate to best meet the soldier’s needs. Everyone’s lane is different, but we all have the same goal,” he said.

Like many ongoing initiatives, strength training and performance conditioning has its ups and downs. Hartman tells his operatives to take their training one day at a time.

“Soldiers in Special Operations Forces have a lot of other obstacles that professional athletes don’t have to deal with – sometimes they don’t get enough sleep, don’t have access to good food, and have no known future schedule. There are a ton of variables that can negatively impact their training. I tell them to do the best they can, any work(out) they get in is better than no work(out), and to make the best of their circumstances.”

Similar to Hartman, Strength and Conditioning Coach Justin Parent worked at Northeastern University prior to joining the POTFF team. He currently supports the 7th Special Forces Group whose soldiers deploy to Central and South America and the Middle East.

“Traditional strength conditioning asks, how fast do you run a two mile? A holistic approach appreciates more than one specific domain of physical development,” he said. “Fitness is anything – picking up a heavy weight, running, doing sports – this approach broadens what physical development really looks like.”

Maureen Khairallah, Strength and Conditioning Coach for the 95th Civil Affairs Brigade and one of only a few women in special operations training for POTFF, joined KBR after spending many years developing exercise programs for Division I athletic teams. Khairallah’s goal each session is to find solutions for whatever obstacle the soldiers may be facing that day, such as a soldier who tweaked their body after an airborne operation.

“This is where the holistic model shines, because we can work directly with our physical therapists on the program to figure out what our soldier can and cannot do, and then design a new exercise regimen for them,” she said.

This synergic environment is what originally intrigued lead strength coach, Bruce Seidman, to join POTFF. As the very first strength coach hired under POTFF’s predecessor contract, he has deployed several times in support of his unit and currently trains the 3rd Ranger Battalion of the 75th Ranger Regiment. In his previous roles, Seidman spent 16 years as a head strength coach for various Division I college football teams.

“It’s a different environment. In college, the strength coach is responsible for team discipline. Here, there are no discipline issues; I can focus on coaching, teaching, and training. It is more rewarding to focus on extending a soldier’s career, someone who has dedicated their life to serving our country than playing football games,” he said.

A large portion of the human performance pillar of the program focuses around operator durability, a concept many SOF warriors are not accustomed to following, Seidman said.

“Operators are twice as likely to get hurt doing individual physical training than jumping out of a plane. Their mentality is ‘more is better.’ That doesn’t always translate to a good outcome. They are in Special Operations Forces because they are mentally and physically tougher than everyone else and are used to pushing through the pain,” he said, citing previous government studies from 2011.

“It’s about training smarter, not harder. Our job is to educate operators on how to train properly to decrease the potential injury while increasing durability and lethality, keeping the Ranger in the fight. Through education, Rangers are empowered to make smarter decisions regardless of duty station,” he continued.

To maximize resilience, Seidman uses an intensity-based approach to prescribe cardiovascular protocols. Testing each soldier gives them their individual training zones based on their physiology.

“I am not training Olympic lifters, powerlifters or marathon runners. I train a different kind of athlete – members of an elite force who conducts the hardest operations on short notice. They must be resilient in order to conduct airborne incursions, while carrying over 150 pounds of gear for unknown distances as they relentlessly pursue the enemy. Knowing that, we created an operator-specific training methodology,” Seidman said.

“Collegiate and professional athletes have an off season. They have the time to let their body heal. Special operators never get time off from training. We are always in season,” he continued. “The challenge of training special operators is balancing their grueling military schedule while trying to improve all performance parameters and managing fatigue.”

Hartman agrees that sensible training is the key to long-lasting performance.

“What the soldiers have to go through to become a member of the Special Operations Forces shapes their minds – it’s our job to help them realize there is a difference between constant, arduous work to make it through a selection, and maintaining health and physical performance afterwards,” Hartman said. “Going all-out, all the time isn’t the answer to keeping operators performing well in the long run.”

Mission Ready at a Moment’s Notice

“The last thing we want is for soldiers to get in a bad situation. Everything on the training side of things can be modified and adjusted to their limitations,” he said. “The operators must be very well-rounded; move quickly, change levels, change direction, and carry upwards of 100 pounds. Operators need the ability to go long distances with heavy loads while still staying as healthy as possible.”

Coaches approach their programs similar to one for a decathlete, a competitor who exbibits high levels of performance in a lot of different areas.

“The idea is to be mission ready without knowing the mission,” Parent said. “So we focus on the minimum standards across multiple domains in order to do anything, meaning a certain level of strength or speed or conditioning. We have targets we want everyone to be able to hit so that no matter the mission, you’ll be physically prepared for it.”

While at home in the U.S., the Special Operations Forces attend one of POTFF’s human performance training centers (HPTCs) for supervised training sessions with their assigned coaches.

Special operations personnel are constantly on the move and deployed for months at a time. POTFF coaches must remain highly flexible regarding program planning, guidance and implementation. Parent is in constant communication with his soldiers when they are deployed so he can plan a program for them based on resources.

“If there’s not a lot to work with when a soldier is in the field, I focus on movement patterns – walking, running and sprinting; high force and high muscular outputs; planks, squats, pushing cars, flipping tires, hanging from doors – we get creative,” he said.

Seidman believes that since the coaches are unable to oversee their units at all times, open communication becomes one of the most important parts of his program.

“When I am with the guys, I focus on education by teaching them why what we do in the HPTC is important or why a specific movement pattern matters. We have created an environment that empowers them to make the appropriate adjustments. An important part of the education process is giving them the knowledge to teach others, thereby creating a team of leaders who understand and can coach the process,” he said.

At the end of the day, the main goal for all involved is to help build a more resilient and durable fighting force.

“I derive a lot of value from being even one percent of helping our operators go down range and come home safe and alive,” Parent said.

For Schurrer, having a relationship with the soldiers is a privilege in and of itself.

“We are considered subject matter experts, but our soldiers have been through a lot to get where they are, and for us to be a part of that community is very special to me,” he said.

Likewise, Khairallah feels honored to be able to support the Special Operations Forces.

“I’m not in the military, but knowing I can help them become more successful, more durable, and improve the longevity of their life is the most rewarding part of my job – so they can be successful not only as a soldier, but as a husband, as a wife, as an individual,” she said.