The Board of Directors (the “Board”) of KBR, Inc. (the “Corporation”) believes that the primary responsibility of the Directors of the Corporation is to provide effective governance over the Corporation’s affairs for the benefit of its stockholders.

Mr. Baldwin holds a Bachelor of Science degree in Mechanical Engineering from Duke University and a Master of Business Administration degree from Tulane University. He is also a graduate of the Stanford Executive Program.

Mr. Baldwin is a director of Nine Energy Service, Inc. and TETRA Technologies, Inc., and he serves as Chairman of the Audit Committee for both companies.

Mr. Baldwin joined the KBR Board in October 2014. He is the Chairman of the Audit Committee and a member of the Sustainability & Corporate Responsibility Committee.

Stuart J. B. Bradie serves as KBR’s President and Chief Executive Officer. He assumed this role when he joined KBR on June 2, 2014. With over 30 years of industry experience, Mr. Bradie leads KBR from its global headquarters in Houston, Texas and UK office in Leatherhead.

Mr. Bradie has a Bachelor of Science degree in Mechanical Engineering from Aberdeen University and a Master of Business Administration degree from the Edinburgh Business School, Heriot Watt University.

Lynn A. Dugle served as the Chairman, President and Chief Executive Officer at Engility Holdings Inc. before leading the sale of the company to Science Applications International Corporation in 2019. Prior to joining Engility in 2016, she spent more than a decade in senior management positions at Raytheon Company, including serving as the Vice President, Engineering, Technology and Quality for the former Raytheon Network Centric Systems, before retiring from the company in March 2015 as its Corporate Vice President and President of Intelligence, Information and Services. While at Raytheon, Ms. Dugle led the company’s acquisition of more than a dozen cyber-related companies. Before joining Raytheon in April 2004, she held several officer-level positions with ADC Telecommunications, Inc., including General Manager, Cable Systems Division, culminating with Vice President and General Manager, Product, Systems Software Division. Ms. Dugle began her career at Texas Instruments, Inc. as a manufacturing engineer and rose to Vice President, Support Engineering and Quality for the Defense Systems and Electronics Group. Ms. Dugle has more than 30 years of executive leadership experience in defense, intelligence and high-tech industries.

Ms. Dugle holds a Bachelor of Arts degree in Spanish and a Bachelor of Science degree in Technical Management from Purdue University. She subsequently graduated with a Master of Business Administration degree from The University of Texas at Dallas.

Ms. Dugle joined the KBR Board in February 2020. She is the Chairman of the Nominating and Corporate Governance Committee and a member of the Audit Committee.

Chairman of the Board

General Lyles holds a Bachelor of Science degree in Mechanical Engineering from Howard University in Washington D.C. and a Master of Science degree in Mechanical and Nuclear Engineering from the Air Force Institute of Technology Program from New Mexico State University in Las Cruces. He is a graduate of the Defense Systems Management College, Fort Belvoir, Virginia, the Armed Forces Staff College, Norfolk, Virginia, the National War College, Fort Lesley J. McNair, Washington, D.C., and the National and International Security Management Course at Harvard University, Cambridge, Massachusetts. General Lyles received Honorary Doctor of Laws degrees from New Mexico State University and Urbana University and was inducted into the National Academy of Engineering in 2009.

General Lyles is a director of Frontier Technology Inc. He is also a member of the National Air and Space Museum Board, National Space Council Users’ Advisory Group, which is administered by NASA, and was appointed to the JobsOhio Board of Directors for a term beginning July 6, 2019, and ending July 5, 2023. General Lyles previously served as a director of General Dynamics Corporation, retiring in May 2020, and Battelle Memorial Institute, a nonprofit organization, retiring in November 2019. He also served as Chairman of the Board of Directors of the United Services Automobile Association, retiring from this position in August 2019. General Lyles served as a member of the Defense Science Board in the Pentagon, International Security Advisory Board at the U.S. Department of State, and President's Intelligence Advisory Board in the White House. He also served as a director of Precision Castparts Corp. until its acquisition by Berkshire Hathaway in February 2016.

General Lyles joined the KBR Board in November 2007 and assumed the role of non-executive Chairman of the Board in May 2019. He is also a member of the Compensation Committee and Nominating and Corporate Governance Committee.

Wendy M. Masiello, a retired Three-Star General of the U.S. Air Force, is an independent consultant. Prior to her retirement in July 2017, General Masiello served as Director of the Defense Contract Management Agency (2014-2017) where she oversaw a $1.4 billion budget and 12,000 people around the world in oversight of 20,000 contractors performing 340,000 Defense and Federal contracts valued at $6 trillion. Her management included business system approvals, quality compliance, production capacity, delivery timeliness, and payment authorizations of $500 million each day across the spectrum of Defense technologies. During her 36-year career, General Masiello also served as Deputy Assistant Secretary (Contracting), Office of the Assistant Secretary of the Air Force for Acquisition (2011-2014), and Program Executive Officer for the Air Force's $30 billion Service Acquisition portfolio (2007-2011), and she deployed to Iraq leading contracting support for military forces in Iraq and Afghanistan from July 2005 to January 2016. General Masiello's medals and commendations include the Defense Superior Service Medal, Distinguished Service Medal, and Bronze Star.

General Masiello is a director of EURPAC Service, Inc., where she serves as a member of the Compensation Committee, the National Contract Management Association, the Procurement Round Table, and StandardAero. She is a member of the Acquisition Innovation and Research Center Advisory Panel to the Office of the Under Secretary of Defense for Acquisition and Sustainment. General Masiello is also a member of the Air Force Studies Board of the National Academy of Sciences. She also serves on the Boards of Advisors for Public Spend Forum and Rawls College of Business at Texas Tech University.

General Masiello joined the KBR Board in August 2017. She is a member of the Audit Committee and Sustainability & Corporate Responsibility Committee.

Jack B. Moore served as Chairman of the Board for Cameron International Corporation from 2011 until its acquisition by Schlumberger Limited in April 2016. He also served as Cameron's Chief Executive Officer until October 2015. Mr. Moore was named President and Chief Executive Officer in April 2008 and became Cameron's Chairman of the Board in May 2011. He joined Cameron's Drilling & Production Systems group in July 1999 as Vice President and General Manager, Western Hemisphere, and was named President of this group in July 2002. He became President and Chief Operating Officer in January 2007 and a Director of Cameron in 2007.

Prior to joining Cameron, Mr. Moore held various management positions with Baker Hughes Incorporated where he was employed for twenty-three years.

Mr. Moore holds a Bachelor of Business Administration degree from the University of Houston and is a graduate of the Advanced Management Program at Harvard Business School.

Mr. Moore joined the KBR Board in January 2012. He is the Chairman of the Compensation Committee and a member of the Nominating and Corporate Governance Committee. 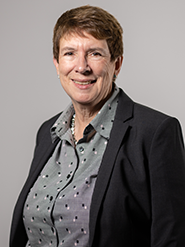 Ann D. Pickard retired from Royal Dutch Shell plc ("Shell") on February 1, 2016. Ms. Pickard held numerous positions of increasing responsibility during her 15-year tenure with Shell. She last served as Executive Vice President, Arctic and was responsible for Shell's Arctic exploration efforts. This followed three successful years as Executive Vice President of Shell's Exploration and Production business and Country Chair of Shell in Australia where she oversaw Gas Commercialization, Manufacturing, Chemicals, Supply and Distribution, Retail, Lubricants, Trading and Shipping, and Alternative Energy. Ms. Pickard was previously Shell's Regional Executive Vice President for Sub Saharan Africa. Based in Lagos, Nigeria, she was accountable for Shell's Exploration & Production, Natural Gas, and Liquefied Natural Gas (LNG) activities in the region. Before that, Ms. Pickard was Director, Global Businesses and Strategy and a member of the Shell Gas & Power Executive Committee with responsibility for Global LNG, Power, and Gas & Power Strategy. Ms. Pickard joined Shell in 2000 after an 11-year tenure with Mobil prior to its merger with Exxon. Ms. Pickard has significant business experience throughout South America, Australia, the countries of the former Soviet Union, the Middle East, and Africa.

Ms. Pickard joined the KBR Board in December 2015. She is the Chairman of the Sustainability & Corporate Responsibility Committee and a member of the Audit Committee. 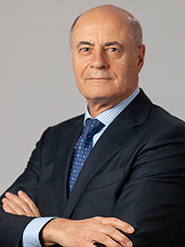 Umberto della Sala retired from Foster Wheeler AG, a global engineering, procurement and construction company, on December 31, 2013. Mr. della Sala spent his entire career with Foster Wheeler starting in 1973 as a process engineer of its environmental division and enjoying positions of increasing responsibility culminating in his serving as its President and Chief Operating Officer from 2007 until his retirement and as its interim Chief Executive Officer from October 2010 through September 2011. Mr. della Sala also served on the Foster Wheeler Board of Directors from 2011 to May 2014.

Mr. della Sala joined the KBR Board in January 2015. He is a member of the Compensation Committee and Sustainability & Corporate Responsibility Committee.

The definition of independence and compliance with this policy will be reviewed periodically by the Nominating and Corporate Governance Committee. All Directors complete independence questionnaires at least annually and the Board makes determinations of the independence of its members.

The Board believes that there should be no more than two Directors who are also employees of the Corporation. While this number is not an absolute limitation, other than the Chief Executive Officer, who should at all times be a member of the Board, employee Directors should be limited only to those officers whose positions or potential make it appropriate for them to sit on the Board.

The Nominating and Corporate Governance Committee is responsible for assessing the appropriate mix of skills and characteristics required of Board members in the context of the needs of the Board at a given point in time and shall periodically review and update the criteria as deemed necessary. Diversity in personal background, race, gender, age and nationality for the Board as a whole may be taken into account in considering individual candidates.

A Director who is part of an interlocking directorate (i.e., one in which the Chief Executive Officer or another executive officer of the Corporation serves on the board of another corporation that employs the Director) may not serve on the Compensation Committee. The composition of the Board Committees will be reviewed annually to ensure that each of its members meet the criteria set forth in applicable rules and regulations of the SEC, the NYSE and the IRS and other applicable rules and regulations.

The Compensation Committee (the “Committee”) of the Board of Directors (the “Board”) of KBR, Inc. (the “Corporation”) is appointed by the Board to assist the Board by assuming primary responsibility for overseeing and evaluating issues relating to the Corporation’s compensation and employee benefit plans and practices, including executive compensation.

The Sustainability & Corporate Responsibility Committee (the “Committee”) is a committee of the KBR, Inc. (the “Corporation”) Board of Directors (the “Board”). Its purpose is to assist the Board in fulfilling its responsibilities to provide global oversight and support of the Corporation’s sustainability and corporate responsibility policies, programs, and initiatives, which cover, but are not limited to, health, safety, security, environmental, and social issues and responsibilities.

The Nominating and Corporate Governance Committee (the “Committee”) is a committee of the Board of Directors (the “Board”) of KBR, Inc. (the “Corporation”). The Committee shall be responsible for matters related to service on the Board and associated issues of corporate governance.

Please choose one of the below listed options to report complaints about KBR’s accounting, internal accounting controls or auditing matters to the Audit Committee, or other concerns to the Board of Directors.

Complaints relating to KBR’s accounting, internal accounting controls or auditing matters will be referred to members of the Audit Committee. All complaints and concerns will be received and processed by the KBR Director of Business Conduct.

You can report your concerns anonymously or confidentially. Your confidentiality shall be maintained unless disclosure is: