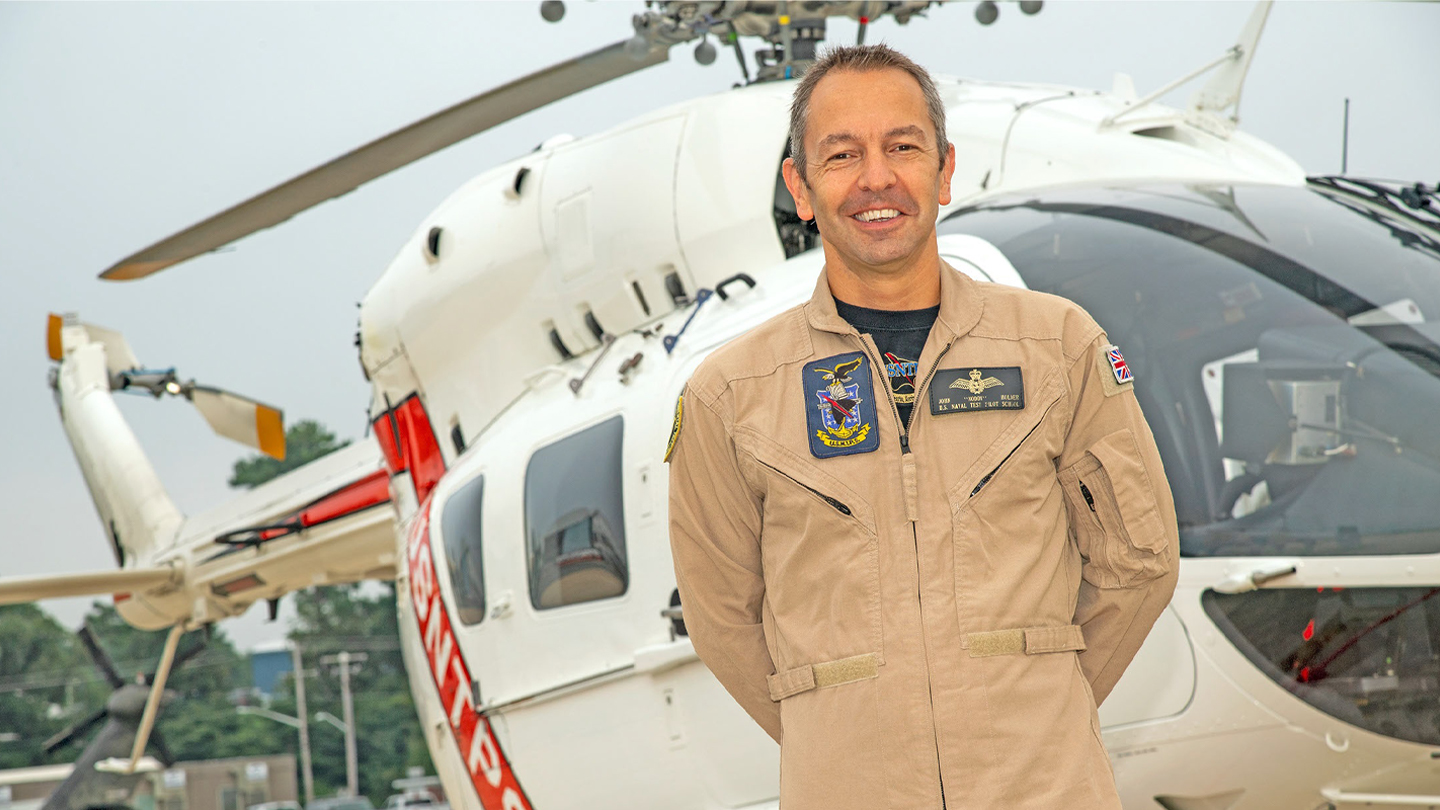 John received the award from USNTPS for his outstanding leadership, exceptional technical skill, and superior instructional insight. He won this annual award for his role in training top pilots, flight officers, and engineers for the U.S. and allied nations at the test pilot school.

A former Royal Navy test pilot whose call sign is “Noddy,” Holder belongs to KBR’s flight test team, which is one of the world's largest independent flight test organizations. He has been a USNTPS instructor since 2012, serving as a flight instructor, aircraft project officer, exercise monitor, and research cell pilot.

“It’s an honor to win the Major Michael J. Ripley Award as USNTPS 2020 Instructor of the Year. The students at USNTPS are amongst the best motivated, enthusiastic and capable people I have ever had the pleasure of teaching. Guiding them through the course, while being part of a team of incredibly talented staff, makes instructing at USNTPS a real privilege,” Holder said.

An integral pilot on the training team, John accomplished 108 missions throughout the past year in four types of aircraft, representing 175 mishap-free flight hours.

In addition to flying, John works on a variety of critical projects for the school. These include:

Throughout the past five years, KBR pilots have won the distinct honor of USNTPS Instructor of the Year twice. KBR's flight operations team has more than 50 years of flight test support experience gained through partnership with the U.S. Navy, U.S. Air Force, NASA and other government and commercial customers.