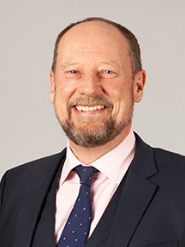 Stuart J. B. Bradie assumed the role of President and CEO for KBR, Inc. on June 2, 2014. With 30 years of industry experience, he leads KBR from its global headquarters in Houston, Texas.

Mr. Bradie joined KBR from WorleyParsons Ltd., where he held the position of Group Managing Director – Operations and Delivery. In that role, he led the group’s global operations across more than 40 countries in the hydrocarbons, mining, chemicals, power and infrastructure sectors. Mr. Bradie joined Worley Parsons in 2001 and was previously Managing Director across Europe, Africa, Asia and the Middle East.

Mr. Bradie has a Bachelor of Science in Mechanical Engineering from Aberdeen University and a Master of Business Administration from the Edinburgh Business School, Heriot Watt University.

Mr. Bradie joined the KBR Board in August 2014. 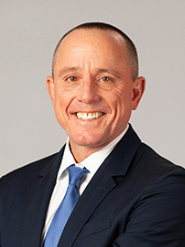 Mr. Sopp earned a Bachelor of Science in Accounting from New Mexico State University and completed the executive program from the Anderson School at UCLA. 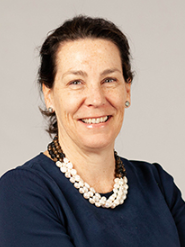 Eileen G. Akerson became Executive Vice President and General Counsel in November 2014. Previously, Ms. Akerson served in an operational role as Senior Vice President, Commercial responsible for project commercial management and oversight of the review and approval process for significant transactions and joint venture relationships. Prior to that role, she served as Vice President, Legal and Chief Counsel and was responsible for managing the legal functions for the Hydrocarbons Business Group. She also provided advice and counsel to senior management on company policies affecting ethics and compliance matters. Before joining KBR in 1999, Ms. Akerson worked as an attorney for Spriggs & Hollingsworth in Washington D.C.

Ian J. Mackey is responsible for Human Resources, Information Technology, Real Estate, and Travel. Mr. Mackey is also the Chairman of the Board of Directors of Brown & Root Industrial Services, KBR’s industrial services joint venture. He joined KBR in January 2015.

Previously, Mr. Mackey served as KBR’s Executive Vice President, Global Human Resources. Mr. Mackey is highly experienced in leading human resources in the engineering and construction industry, with extensive experience in global businesses. Mr. Mackey was previously the Global People Director at WorleyParsons Services, where he was responsible for the overall strategy and delivery of all human resources activities for the company. Before joining WorleyParsons in 2006, Mr. Mackey spent nine years as the Director of Human Resources at Carillion PLC. 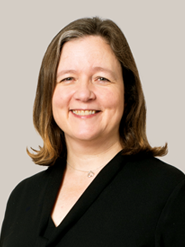 Ms. Myles brings over 30 years of human resources experience to KBR. She is a trusted leader with a reputation for delivering sustainable business results. Ms. Myles held numerous positions of increasing responsibility during her 20-year tenure with G4S, the world's leading integrated security company. She last served as Group HR Director and was a core member of the Group Executive Committee, sharing responsibility for overall business transformation and strategy delivery while establishing a global human resources strategy. This followed several successful years as Chief HR Officer, Americas Region where Ms. Myles directed the people strategy for 135,000 employees in 25 countries. Prior to that role she was G4S's Director of HR & Employee Engagement where she helped shape the global human resources agenda and led execution in emerging markets, while acting as global lead for employee engagement and addressing international labor relations risks. Before her career at G4S, Ms. Myles worked for KPMG, Northern Foods, and Ford Motor Company in various employee relations and human resources management roles.

Ms. Myles holds a Bachelor of Laws (Hons) from the University of Glasgow and is a Fellow of the Chartered Institute of Personnel & Development. 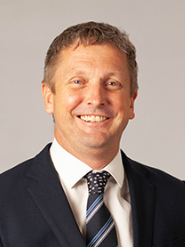 Prior to his current role, Mr. Conlon served as KBR’s Executive Vice President and Chief Development Officer and was responsible for KBR’s Strategy, Global Business Development, Marketing, Consulting, and Mergers and Acquisitions divisions. Previously, Mr. Conlon served as KBR’s President, Asia-Pacific (APAC) and was responsible for Engineering and Construction (E&C) and Government Services (GS) in that region. Mr. Conlon’s broad background in global contracting and sales, coupled with his experience managing businesses in the APAC region, Canada, the United Kingdom, and the United States of America, bring additional perspective to his role as Chief Digital and Development Officer. Mr. Conlon has over 25 years of experience in the E&C business, with global experience across a range of subsectors from hydrocarbons to specialist infrastructure. He progressed from engineering project management and engineering design to operational management in Asia, Europe and North America.

Mr. Conlon holds a Bachelor of Science in Mechanical Engineering from Royal Melbourne Institute of Technology.

Byron Bright, Jr. is responsible for KBR’s U.S. Government Solutions business. He joined KBR in June 2010 and has served in multiple roles, including Vice President of Business Development and Senior Vice President of Operations for U.S. Government Services. Prior to joining KBR, Mr. Bright supported the government services business at Jacobs Engineering Group Inc. and served as an officer in the U.S. Air Force primarily working in the Developmental Test and Engineering career field supporting weapons development and rotary wing aircraft flight testing.

Mr. Bright is a distinguished graduate from the U.S. Air Force Academy with a Bachelor of Science in Engineering Mechanics. He holds a Master of Science in Mechanical Engineering from Georgia Institute of Technology. Mr. Bright also graduated from the U.S. Air Force Test Pilot School and has flown in over 25 different aircraft as a Flight Test Engineer. 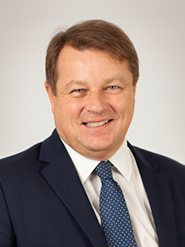 Mr. Barrie joined KBR in 1990 and has served in multiple roles, including Senior Vice President Business Acquisition and Vice President Commercial. He brings over 30 years’ experience in business development, commercial management and leadership across the government, infrastructure and energy markets.

Mr. Barrie holds a Bachelor of Business from Kingston University London and a diploma in Company Direction from the Institute of Directors. 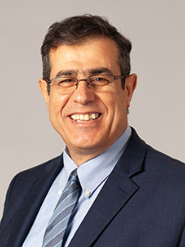 Jay Ibrahim is responsible for global Energy Solutions Services with special focus on consultancy and industrial services. He joined KBR in May 2015.

Previously, Mr. Ibrahim served as KBR’s President – EMEA, and prior to that role he served as KBR’s President – Engineering and Construction (E&C), EMEA. Mr. Ibrahim has over 22 years of experience in the Middle East Region, serving in a variety of engineering, project management, business development and business management roles for Parsons E&C/WorleyParsons. Mr. Ibrahim has a wealth of experience in complex contract negotiations, business analysis and management, and long-range strategic planning in international markets across multiple business sectors. He has a background in developing customer relationships, with a focus on profitable business and achieving corporate goals.

Mr. Ibrahim holds a Bachelor of Science and Master of Science in Mechanical Engineering from Wichita State University and a Diploma in Advanced Management from Harvard University.